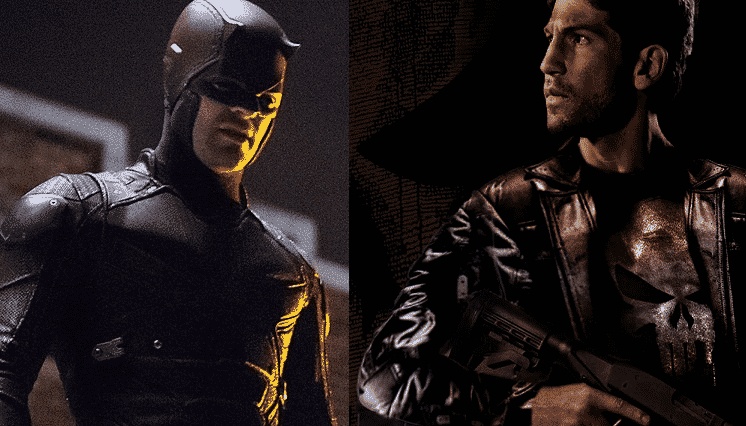 As Marvel and Netflix start to release more promotional items for Season 2 of Marvel’s Daredevil, many fans are beginning to speculate as to whether or not we will see The Punisher’s iconic skull for Jon Berthnal’s character. Well, in a new poster released today, Marvel has shown us that they definitely haven’t forgotten about it:

The poster was posted on the Daredevil Facebook page with the caption “Guilt can be a good thing.”

The following synopsis was also revealed:

Just when Matt thinks he is bringing order back to the city, new forces are rising in Hell’s Kitchen. Now the Man Without Fear must take on a new adversary in Frank Castle and face an old flame – Elektra Natchios.

Bigger problems emerge when Frank Castle, a man looking for vengeance, is reborn as The Punisher, a man who takes justice into his own hands in Matt’s neighborhood. Meanwhile, Matt must balance his duty to his community as a lawyer and his dangerous life as the Devil of Hell’s Kitchen, facing a life-altering choice that forces him to truly understand what it means to be a hero.

What do you think of the poster? Sound off below!

Will We Be Seeing Sylvester Stallone As RAMBO Again?
Charlie Cox Talks About THE PUNISHER And DAREDEVIL’S Relationship
Advertisement
Advertisement
To Top