5 Possible Directions For A DREDD Series

Four years after the release of 2012’s ‘Dredd’, with the prospects of a straightforward movie sequel looking pretty remote, fans of Mega City 1’s most famous son have now become emboldened by the irresistible rise of original and adopted content on streaming platforms.

The success stories of Daredevil/Jessica Jones on Netflix, and Ripper Street/The Man In the High Castle on Amazon have made a significant impact on the industry, causing producers to rethink the traditional ways of financing and bringing a TV show to an audience.

Would this newly evolved style of production benefit 2000AD’s most stern and unforgiving lawman? You’re damned right it would…..

In his previous two cinematic outings, and despite the best efforts of the filmmakers, it was difficult to truly give viewers an overall picture of what daily life was like across Dredd’s teeming futuristic metropolis. Both films tried to emphasize the madness of the city-block way of living, but the two hour restrictions meant that Dredd had to spend the majority of the time involved in action sequences and set-pieces, giving little chance to develop the supporting characters, or examine the effects and consequences of the Justice Department’s unique style of law enforcement.

Given a 10 or 13 hr format to work with, producers would be given the freedom and room to let the camera roam around and across the whole world of Dredd. To cast some light on some of the history that bought the Judge System into existence, and the dangerous threats it regularly creates to face its officers. The extra screen time would afford the opportunity to examine the other Mega Cities, perhaps some of Dredd’s more notorious and interesting opponents, and also showcase some more functional and varied aspects of the Justice Department.

So what plot lines and story arcs might suit the streaming format? Here are a couple of suggestions….

There have been so many of Joe Dredd’s stories that have passed beyond the walls of his great city into the heart of the atomic wasteland that surrounds and confines it. The Cursed Earth is more than just a backdrop though, it’s an integral part of the history and legacy of this futuristic world.

The series could satisfyingly track Dredd and Anderson/Hershey through a hotdog run. Using the experiences of their cadets to recount the origins of the world they now live in. There would be ample opportunity to encounter friend and foe alike, from the Missionary Man to the Gila Munja, with ‘The Hunting Party’ just one of the frameworks available to work from.

4. The Life and Times of PJ Maybe 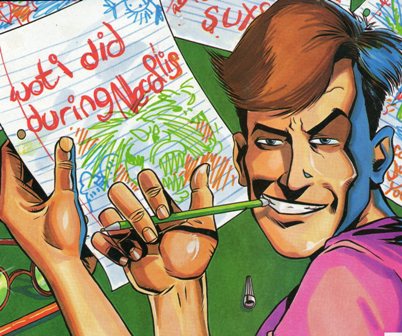 Few of Dredd’s adversaries have enjoyed a longevity and influence on MC-1 life such as the depraved serial killer PJ Maybe has enjoyed. His antics have often served as an insight into the lives of both the plodding residents of the metropolis, and also the various Justice Dept units deployed to track and capture the wily murderer.

Maybe and his antics would serve well as either a standalone story or an arc running parallel to a larger plot, as the Street Judges, PSI Division and Surveillance Division try to track his path of destruction through the city’s alleys and thoroughfares. I’m thinking Matt Smith for the role. Well, until he manages to gain access to a face-changer…

Whilst the 2012 Dredd movie suggested that corrupt Judges would most likely meet their comeuppance at the business end of a Lawgiver, 2000AD readers will be well aware that there is another possible fate that awaits them, the Titan Penal colony. Wether A TV series chooses to use this as a means of exploring the off-world aspects of the Dredd Universe, or retcons the facility to a more Terran setting is irrelevant, but the inclusion of a madhouse full of pissed-off former Judges would make for a compelling plot device.

Either having Dredd pursuing an investigation there amongst the very men he sentenced, or having them break loose and return to the city seeking vengeance, the results would be explosive viewing. And the inclusion of arch-bastard Judge Grice, or indeed a certain somebody’s clone brother would present the icing on the cake.

This is the one the fans are baying for and potentially also the one that would be the hardest to deliver, both in terms of scripting and special effects. Wether they originate from a parallel universe or a more earthly mishap spawns them, the arrival of Death, Fear, Fire and Mortis would be a sight to behold.

Wether comprising elements of Necropolis or the ‘Young Death’ Storyline, viewers would be dazzled and appalled in equal measure by the horrendous methods employed by the quartet of Dark Judges in order to carry out their crusade against the criminal living.

Or maybe they’re just a dark secret. Buried in a vault somewhere at the Halls Of Justice, and somehow released into an unsuspecting and unwitting population. Their backstory to be revealed as Dredd examines it. Has anybody got Andy Serkis or Doug Jones’s phone number to hand? 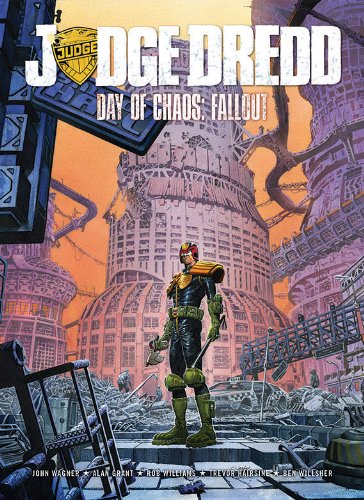 Or do the makers go all out, and use the Dredd’s first TV series to build up to one of those big old conflicts that strikes the Big Meg every couple of years? Some of the most tense and enthralling storylines that Old Stoney Face has tackled havn’t been the big fights themselves, but the buildup to them, and a series that spends 13 episodes building up to an inevitable conclusion that explodes and kicks off at the start of Series Two would indeed be something to behold.

Be it those dastardly East Megs despatching Orlok to cause the chaos leading up to the Apocalypse War. Or the Justice Dept’s frantic and doomed efforts to stop the spread of the Chaos Bug prior to the horrendous Day Of Chaos. Or what about the political intrigues leading up to ‘Judgement For Dredd’? All would make for a pretty intense thrill ride that showcases the best and worst sides that Mega City 1 has to offer.

What do you think of the list? Sound off below!