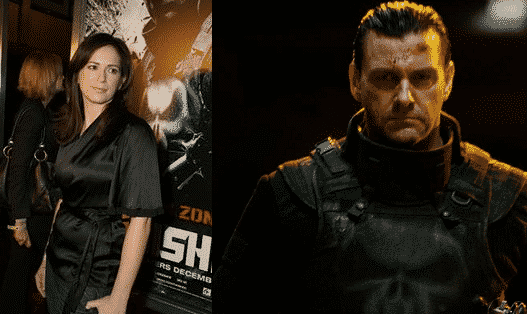 Punisher: War Zone obviously wasn’t deemed a masterpiece – but some often say that it didn’t deserve nearly the amount of hate that it received. It’s even developed a bit of a cult following since its initial release back in 2008. Personally, I remember thinking it was going to be awful when I went to see it in the theater, and it turned out to be fun. It didn’t take itself very seriously and if you went into it with low expectations, you weren’t disappointed.

The box office results, however, were even more awful than the reviews and the rights reverted back to Marvel Studios whom will be giving us the next version of the character this March on Season 2 of Marvel’s Daredevil.

War Zone director Lexi Alexander gave a little bit of insight as to what she thought of the film:

“I like it. The other day somebody put a clip up — the famous parkour grenade shooting — and here’s the thing: This was the time people started getting $300 million to make [comic book movies]. I think [Christopher] Nolan was just making the second “Dark Knight” — we heard $300 million, but it was probably even more. People were getting proper money to make these films.

Here I am, it’s not even Marvel [Studios] doing it — it’s Lionsgate financing it. I’m here with $22 million making “The Punisher” and it didn’t occur to me that I would be going out there compared to the big boys. I thought we were making this. And I still think that we should be making all budget levels comic book films — they don’t all have to be $300 million films, in my opinion. … I didn’t see anything wrong with it. What I didn’t expect is this reaction to, “Oh my God, why didn’t you do it like ‘Dark Knight?'”

And I looked at all the MAX comic books, and I think that’s why people like Kevin Smith and Patton [Oswalt] always gave them good reviews because they understood that I actually went directly to the comic book. And you can put the panels next to the [screen], I didn’t even add anything much to it. Other than the parkour grenade shot [Laughs]. That was, “Oh, let’s do this brand new thing.” And I’m prouder now than I was back then because back then I thought, “maybe this does really suck.” And now I’m like, no, this was a deliberate choice. Everything that was cheesy in it, over the top, B-movie-ish, was a deliberate choice. And everybody going in knew that. That was my pitch. My pitch was literally “Let’s take this back to the ’80s and make a B-movie, cheesy [sic] and base it on exactly this MAX series of ‘Punisher.'” And we got exactly that.

Later on, I remember Patton putting it into his Soak Up the Dark Festival, and people were standing around the blocks, like two blocks for people to get in, and all of them in the screening and the Q&A said, “I didn’t even know it was out.” So I think we kind of got lost in the shuffle of it.”

You can check out the video below:

What do you think of the director’s comments? Sound off below!