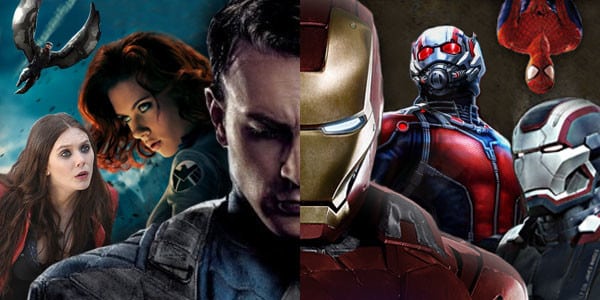 Despite being several months away and in the process of re-shoots, Captain America: Civil War has been screened to a lucky audience and it sounds like Marvel could have yet another hit on their hands.

Devon Faraci over at BirthMoviesDeath has reported from multiple sources that test screenings for the film have taken place, and the response is resoundingly positive. The site goes on to reveal the only thing they disagree on is whether the movie tested as well as or better than Captain America: The Winter Soldier. The 2014 film is currently the Marvel film with the best response at a test screening.

The sources also reveal that the film ‘doesn’t pull any punches in the third act’ and that reception the screenings have revealed, should put the executives at ease over concerns that film may in fact be too dark.

It sounds like they won’t need to do much in the way of reshoots, hopefully whatever they do add only makes the film even better. We’ll find out for sure when the film is released May 6th.

What do you think? Does this make you more excited for the film? Do you think it will live up to the hype? Let us know below!

Gal Gadot Thought She Was Going To Play A Different Iconic DC Character
What Exactly Is Going On With That HULK Standalone Movie?
Advertisement
Advertisement
To Top