Is SWORDFISH Secretly A MARVEL Film? 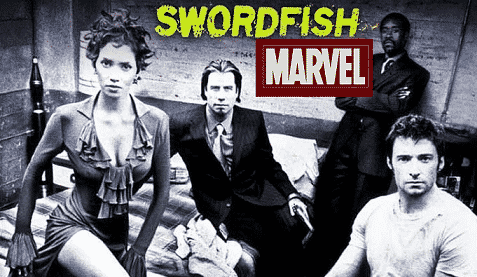 The last couple of years have seen a steady increase in the number of movie conspiracy theories, generated by devoted movie fans who have a lot of time on their hands, a worn-out ‘pause’ button on their DVD remote, and access to a lot of sugar.

In the majority of these cases, they don’t stand up to much scrutiny at all, but the fact they can negotiate the first hurdle of improbability and lodge themselves in your head makes them hard to shake off. For example, Sean Connery ISN’T playing 007 in ‘The Rock’. Elsa’s parents DON’T get washed up near a jungle and give birth to Tarzan in ‘Frozen’. Tom Hardy ISN’T playing a grown up version of the feral kid out of Mad Max 2 in ‘Fury Road’. But once you’ve thought about these concepts, they’re hard to forget, and will most likely influence the way you watch the film next time round.

Film buff Kerry Pinkstaff thinks she has another one to add to the list, and it’s a deliciously compelling argument. Remember the 2001 action-orgy that was Swordfish? Well, apparently, it may well have taken place in the early days before the Marvel Cinematic Universe. 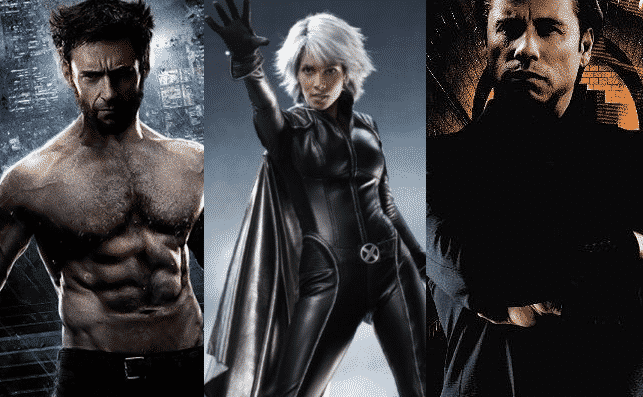 The film features three actors who all appeared in Marvel movies. John Travolta played gangster Howard Saint in The Punisher, with Halle Berry and Hugh Jackman both appearing in the X-Men movies. Pinkstaff believes that Swordfish slots in neatly between Wolverine: Origins and Bryan Singer’s first X-Men movie, and here’s why…

In Swordfish, Travolta is playing a crime boss by the name of Gabriel Shear, who makes his fortune via a series of computer hacks and armed robberies. Pinkstaff works off the basis that either this or Howard Saint are pseudonyms for the same villain, who will eventually go on to meet his fate at the hands of Frank Castle in The Punisher.

Shear manipulates a young Halle Berry to do his dirty work for him. Berry is playing a character named Ginger Knowles. The film highlights that this is an assumed identity, and Pinkstaff proposes that this Berry is in fact playing a young version of Storm, living a confused and criminal lifestyle, prior to her being discovered and rehabilitated by Professor X.

Berry then goes on to exploit the confused hacker Stan Jobson into working for Travolta, and Pinkstaff’s theory rounds off by claiming this is an amnesiac Wolverine, in the time between being shot in the head at the end of ‘Origins’ and before he meets Rogue in ‘X-Men’.

Theoretically Berry and Jackman meet up again in the future as X-Men, and Travolta will end up butting heads with the Punisher, with Castle bearing a grudge against Wolverine for helping to set Saint up in his position of power.

Naturally, when you apply any scrutiny to this theory at all, it’s full of holes. But that isn’t the point. It’s made you think, and the next time you watch Swordfish, you’ll probably be smirking to yourself as it plays out in your head as a Marvel movie.

So are there any other movies out there whose casting could be perverted into making them part of a shared universe?

Is The Matrix a Marvel movie? With future robots defeating the Avengers and basing Agent Smith on Johann Schmidt’s personality, with Carrie Ann Moss’s NY lawyer joining the human resistance?

Or what about Silence Of The Lambs? With an amnesiac Odin banished to earth by Loki in the body of a serial killer, and Scott Glenn’s mystic ninja working alongside the FBI to rectify the problem?

Of course not. Don’t be stupid. But it’s fun to play around with… isn’t it?

What’d you think of this theory? Sound off below!