Who Could THE MAN IN THE IRON MASK Be On THE FLASH?

This list contains spoilers to The Flash episode 215, “King Shark.”

I predicted Jay as the man behind Zoom back when they dropped Zolomon’s name. Looks like I was right.

The trailer, “Zoom’s Coming,” teased the next handful of episodes and showed the villain remove his mask. It was only a matter of time before we would actually get to that episode. When the moment of truth finally happened, some fans were shocked to see that his face was the same of the corpse in his hands.

“What is funny is we showed that Jay’s doppelganger was Hunter Zolomon, and we assumed the comic book fans would say, ‘A-ha’ right away. ‘Jay must be Zoom,” showrunner, Andrew Kreisberg told TVLine.com. “How all of this plays out and what’s actually happening, we’ll leave for after the break, but we wanted to go out on this run of episodes with a big reveal, just the same way we did at the end of episode 9 in season 1, where we revealed that Harrison Wells was the man in the yellow suit.”

At Zoom’s lair, a man in an iron caged mask was trying to tell his cell mates something. Constantly tapping on the reinforced glass, his coded message spelled out J-A-Y. “Jay? As in Jay Garrick?” Barry asked him. “He’s alive, but he’s on my Earth…..I’m sorry, I don’t know what you mean, Jay Garrick didn’t come with us.” The man didn’t like our hero’s answer, which caused him to freak out. “Don’t talk to them again,” Zoom chastised him, leaving his clue up in the air.

“The identity of the man in the mask is, in some ways, probably an even bigger surprise than this one,” said Kreisberg. “(It) will play out over the rest of the season with some clues being layered in along the way….When you do find out who it is, everything will make sense in a very satisfying way.”

Now that we know who Zoom is, we are rewarded with a new guessing game. Who is that Man in the Iron Mask? Leonardo DiCaprio is making too much money fighting grizzly bears, so here’s our other options:

The “conversation” with the masked man left viewers guessing that he was Jay’s doppelganger. With the latest reveal, there’s still suspicious minds. “I think that, like Barry and the team, they didn’t want to or just couldn’t believe it,” Kreisberg said. Those minds go to the point of throwing Everyman in; the shape-shifter from Season 1. Another theory even brings in a whole other dimension. When Flash runs over to CBS to special-guest-star on Supergirl, there’s speculation that her world is Earth 3. Could the masked man be Earth-3 Jay, while Zoom is the Earth One version? 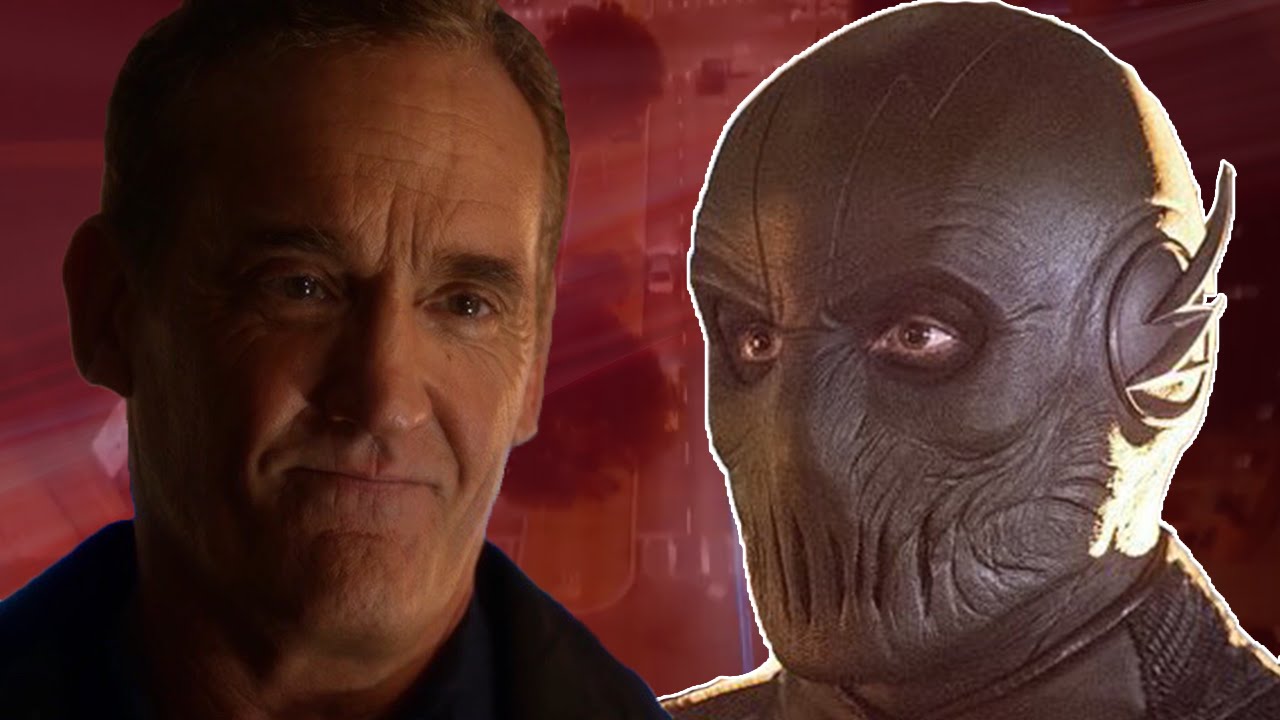 Part of the Zoom/Henry Allen speculation was based on the few facial features we could see through his mask. If using these clues, the strategy for Mr. Iron Mask is his hands. Many shots show him with his long hands draped over his knees. Who holds their hands that way? I haven’t studied Henry like those did with his facial features. But if we’re using clues, I’ll say that parallel universes are full of metaphors. Just like this man, Henry was in prison for most of his appearances. The only thing that holds me back is when Barry called his mother on Earth-2. She thanked him for the two tickets to paradise….I mean, Atlantis. If his dad was missing, surely she would have brought it up. With the Earth One’s Henry gone for most of the season, and little word from him, maybe he found himself back in captivity.

Zoom’s mission is to eliminate all other speedsters of the multiverse (think The One with Jet Li). If the Harrison Wells of that dimension was without Reverse-Flash, then where is Eobard? Surely, this mystery man is another speedster. Even Zoom’s other prisoner was Jesse Quick, a speedster from the comics.

The wild card of this list is a time-traveling hero who first appeared in the pages of Superman, and later teamed-up with the Legion of Super-Heroes. Before turning his whole body into iron, Ferro wore an iron mask to conceal his identity. Kreisberg did say that they were gonna start laying the clues after the break. I’m sure our mystery man is somebody’s doppelganger. But, Dr. Light’s identity was changed so that she could be Linda Park’s counterpart. Instead of Andrew Nolan, Ferro’s secret identity could be one of the above, or one of the few other cast members left without a doppelganger.

Find out who the man in the iron mask is, and how Jay’s doppelganger became Zoom, when The Flash returns March 22nd.

What do you think of these theories? Sound off below!

Tags: The Flash
No Result
View All Result