The fun thing about the ’90’s is the little quirks and imperfections that led the way to this amazing technology we have today. There wasn’t a universe in the movies, like there was in the comics. But we still had a few Marvel live-action features to choose from. We couldn’t stream them instantly on our phones. But we had a piece of plastic with tape inside it to stuff into our VCRs so we could rewind and fast forward to our favorite spots.

Those movies couldn’t show us Iron Man‘s suit in all its glory, with his flight and pulsar rays. And if they tried to CGI a Hulk, the actors would look like they were in Mary Poppins or Bedknobs and Broomsticks. Even though they didn’t look as real as they can now, we still used our imagination and let ourselves become awestruck with movie magic.

To imagine our favorite movies today set in the decade of imperfection can bring nostalgia and sheer joy. Check out this fan-trailer of Avengers: Age of Ultron with the flawed quality of VHS and Don LaFontaine’s famous voice over.

Besides the actors, I’m also curious about the story. Would it support a sequel? Judging by the action vehicles of the decade, It probably wouldn’t have been as deep and emotional as the Iron Man and Captain America movies of today. Tony Stark may have enjoyed his alcohol, but surely he wouldn’t face any of the mental issues the MCU story has paved for him. Cap would still be patriotic, but not to the point of caring about issues such as privacy and loyalty.

Any case, the story would still be quite fun. So I invite you to plug in that VCR from the nostalgic center of your brain. Crack open a can of Surge (I know you can buy some at Wal-Mart right now), and snack on some Pizza Bagels in your JNCO jeans.
The movie begins by showing us three different battles…

Crimson Dynamo attacks Stark’s mansion on the beaches of Malibu. Tony is in his lab working on some tech. A clunky robot, with cheap CGI and whatever robotics the decade could muster, breaks in and starts shooting animated lasers. Stark tells a computer named “Homer” to prepare his suit. The thing about Tony Stark is that he’s suave and sophisticated, and maybe a little drunk. Robert Downey Jr was tapped so well as ol’ Shell Head. Though in 2008, prior to his first go ’round as Marvel’s flagship hero, he wasn’t very suave, sophisticated, and a little more than just drunk.

TV’s Uncle Jesse probably wanted to transition to major movies. Stamos was suave, sophisticated, and a little drunk on Elvis. I still believe he could play a good Tony Stark now; especially since he’s around the same age as Downey, Jr.

On the SHIELD Hellicarrier, Nick Fury is filling a Captain Steve Rogers in on Baron Zemo, an agent of Hydra. Captain America jumps off the Hellicarrier and hollers “Whooooo!” He lets a parachute out, and floats down to Baron Zemo, who is waiting for him on the roof of a castle. The Ultimates was released in 2002, moving the Ultimate version of Nick Fury to a starring role. Previously making an appearances in Ultimate X-Men, readers noticed a change in skin color for this retelling of the Marvel Universe. The story called for SHIELD to initiate and assemble the Avengers, or The Ultimates. Fury’s appearance was tweaked with a little more, as he used likeness rights from Samuel L. Jackson. It’s great that the actor eventually signed up to play, basically himself. But in the original Marvel Universe, dubbed the “616,” Nick Fury was a seasoned war vet, hailing from his team of Howling Commandos, promoted to direct a spy agency with his blowhard personality. Seasoned from action flicks such as Blade Runner, The Fugitive, and Star Wars, Harrison Ford too is a blowhard.

Will Smith as Captain America

Now, before you start chastising me on race-bending, think about this one. Back in the ’90’s, Smith was the All-American poster boy. With flicks like Independence Day and Men in Black, who wouldn’t want him defending our country and planet? And it’s not like this wouldn’t be his first time playing a role that was originally white. The Jim West of the old Wild Wild West show was white. The Omega Man, adapted from the novel, I Am Legend by Richard Matheson, starred Charlton Heston. I know Zemo isn’t a Spaniard, but the ’90’s wouldn’t have cared. A swashbuckling persona such as the man who played Zorro and El Mariachi could command the role of an egotistical villain like a boss.

Meanwhile, on one of the nine realms, Thor and Hulk have teamed up to fight Enchantress and Skurge the Executioner. One really only has to look at Gibson’s 1995 epic, Braveheart, to know that he would look great as Thor. In the ’80’s and ’90’s, he was top catch for action flicks, such as the Lethal Weapon franchise, Maverick, and Ransom. His voice was even tapped for Disney’s Pocahontas as the heroic John Smith. A while back, it was said that Robert Downey Jr was trying to get his friends, Mel Gibson and Jodie Foster jobs in the MCU. While Thor was already taken, many fan cast him as Nick Fury, even though there was already one of him, as well.

John Goodman as The Hulk Unlike the other John on this list, Goodman really was making a smooth transition from TV to big motion pictures. One such role was bringing the beloved Fred Flinstone to life; perfectly, I might add. Given the size and the boisterous personality of the dude, you could paint him green, and direct him to say lines like “Hulk is the strongest one there is,” and “Hulk smash puny human.” This Hulk wouldn’t need a Bruce Banner. But if there was one, the casting director could have looked to Goodman’s castmate from The Big Lebowski, whom has been a popular fancast, even to the point of mentioning him in The Ultimates. Fans would die if he’d say, “Shut the f***, puny Banner!” to a trapped Steve Buscemi.

While fighting these super villains, they realize that they are working with each other as the Masters of Evil. So, as their villains have teamed up, so do they. Since Stark’s home is under repairs on Malibu, he moves his base of operations to Stark Tower in New York City. There, Edwin Jarvis, Happy Hogan, and Pepper Potts are all on staff. As their first meeting as The Avengers, they decide to recruit more members.

Captain America knows a guy who is a circus performer. When Hawkeye is introduced on screen, he is fighting his former teacher, Swordsman. Lets face it, Hawkeye’s real purpose is to merely serve as a supporting member of The Avengers. Just shoot a few arrows, and argue with The Hulk, is all he really needs to do. Christian Slater’s hey day was in the ’90’s. He had some starring roles, but really he was more of a supporting cast mate, like in Robin Hood: Prince of Thieves, and Broken Arrow.

Stark mentions that he has a colleague who may have some answers. Dr. Henry Pym is working on what he has patented as “Pym Particles,” which can shrink anything or anyone you apply it to. Pym, who is struggling with multiple personality disorder, uses his wife, Janet, as a guinea pig for the Particles. Stark already knew about this, as he has designed a suit much like his own for her, complete with wings.

This movie wouldn’t need to use Pym as one of his superhero personalities. But hinting at that mental instability of needing all those personas just to introduce an actual member of the team would be good enough. Who else to do that than Doctors Ian Malcom and Seth Brundle?

Pamela Anderson Lee as The Wasp When most think of Pam Anderson for a role, I’m sure they’re only thinking about her bust. Really, there wasn’t much else to her. She too was a hot item in the ’90’s; and I mean that ambiguously. If you notice, those roles were all really just as an air head who was too much into her looks. But that’s really all she needed to land the gig as The Wasp.

To choose the villains, you would almost have to look at the times. Check out this perception of The Avengers in the ’50’s.

They proposed The Skrulls as the villains, whom were infamous for their shape-shifting trickery, invading the planet as such. With the paranoia of the time, from threats like Russia and Area 51, The Skrulls would have been a commentary of the times. Virtually no make up would be needed, as they could be anybody. Their true forms have green skin and pointy ears. A 1950’s movie would save that money for a final reveal in the climax.

The Avengers in 2012 had Loki, which was basically to show that the movies up until then were interconnected. Last year’s Age of Ultron could convincingly portray an artificial intelligence and his army of robots. Infinity War against Thanos, will include all the movie technology that the late 2010’s can muster for this epic of the cosmos.

All this movie would need to do is dress that villain up in a cool costume and let him wreak havoc with world domination. Throw a hood over Zemo, use a sexy pinup model for Enchantress, a beefy pro wrestler for Skurge the Executioner, and you got yourself a rag tag team of ’90’s super villains.

As Zemo’s plan moves along, he creates a new soldier to contend with The Avengers. Thus births Black Knight and his winged, mechanical steed. Look to the Power Rangers movie to see how sweet he would look.

Meanwhile, The Avengers are looking for more recruits. They receive word that Canada may have some reinforcements. Hulk gets angry, as he remembers when the Canadian government sent Weapon X after him. But Weapon X freaked out and escaped when they were applying enhancements, so they send Weapon XI instead. 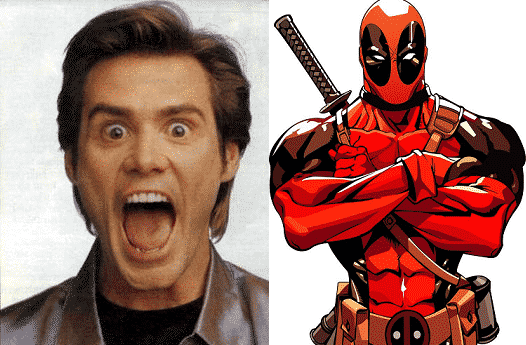 With Jim Carrey’s physical comedy, he probably would have been Deadpool if the movie was made back then. Of course, he played the Riddler. And there were the rumors of Loki and Carnage.

While the Avengers are fighting the Masters of Evil on the streets of New York, Spider-Man swings in to fight. But only for a cameo. From Home Improvement, to Man of the House, to Tom and Huck, JTT was the ideal pre-teen boy of the ’90’s. The MCU is doing it right by casting Tom Holland as “Underoos,” setting Spidey as a kid. When Stan Lee created him, his appeal was that he was a teenager who was his own hero, and not a sidekick.

A superhero flick in 1998 could entertain you with flashy rubber costumes and balls to the wall action. In the end, The Avengers would save the day, throwing Zemo and his gang of hoodlums in jail. Perhaps in Prison 42 in the Negative Zone, setting up for Reed Richards and family to join the fight for the sequel. Or, the Big House, where Dr. Pym has continued his work with shrinking, alluding to his try at heroics in a future installment.

What’d you think of this list? Sound off below!

Continue Reading
You may also like...
Related Topics:Avengers, Marvel, MCU