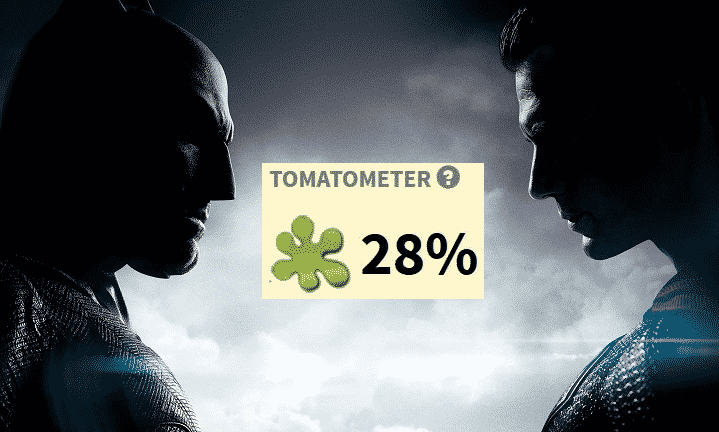 There’s no denying that Batman v Superman has had a strong box office opening. However, there are good reasons why 9 out of 10 critics have annihilated this film.

BvS was supposed to be the film that put DC on the map at the cinema. It has done just that but not in a good way. I don’t think Zack Snyder knew what he wanted this film to be. The story is a mess and the introduction of the Justice League characters was lazy and laughable. Instead of making a really interesting film about why Batman and Superman fight, this film instead focuses on a plot that is so incoherent it’s amazing how they got away with it!

It’s no surprise that there were rumours of Warner Bros. executives being nervous about how this film would be received. The writers Terrio and Goyer have created a Jackson Pollock of a screenplay. It’s all over the place. Why does Lex Luthor want Superman to kill Batman? What purpose does that fulfill? The fight took place in an isolated area so no civilians were watching it, if Luthor’s plan was to show Supes in a bad light. Why is Wonder Woman so keen to get that WW1 picture of herself back? She’s going to a lot of trouble. Surely she could just deny it’s her or it’s her doppelgänger. The dream sequence with the para-demons and Superman being evil is confusing along with what looks like a future Flash warning Batman about something. I know they are trying to set up Justice League but the writers and Snyder have handled it badly. It didn’t work.

Some positives to take away from the film are Ben Affleck’s performance as Bruce Wayne/Batman. Most critics agree he was good. The cinematography was note worthy as were some of the action scenes.

Ultimately though this film has failed to deliver a satisfying experience. All these critics can’t be wrong and if you go on forums like IMDB you can see plenty of fans voicing their frustration. BvS was supposed to address the magnitude of the total destruction that took place in Man of Steel. It seems to do so until Doomsday shows up and then not only does Metropolis get blown up again, Gotham takes some of the brunt too! Maybe it’s not on the scale of the world engine from MOS but still it was CGI overload. Snyder could have opted for a more contained battle of wits between the two DC heroes. Not only was the creation of Doomsday dumb, this character was unnecessary in this film as was Wonder Woman.

Hopefully Suicide Squad will save DC’s bacon when it comes out later this year and the Wonder Woman film needs to be much better than Batman V Superman in terms of story and characterization. Here’s hoping.

What did you think of the film? Tell us below!