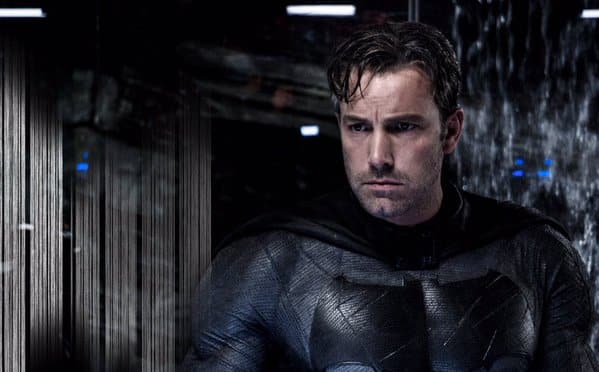 People were excited to speculate about whatever Geoff Johns’ and Ben Affleck’s screenwriting project consisted of. And, now, it seems we know the answer, and it involves Batman – according to a new report from THR:

Patrick Whitesell, co-CEO of talent agency William Morris Endeavor, says that Affleck is “contracted to do at least Justice League 1 and 2, so at least three times wearing the cape,” Whitesell told THR. “There’s a script that he’s written that’s a really cool [Batman] idea, so that’s out there as an option,” he revealed.

Affleck is currently slated to appear as Batman in a cameo role in the upcoming Suicide Squad movie as well as begin shooting The Justice League Part One in a few weeks.

If it’s anything like Affleck’s other movies that he’s written, we’re sure it’ll be pretty good, considering he won an Oscar for Good Will Hunting, and very recently directed quality films like The Town and Argo, which were Box Office and critical successes. We’re sure a character like Batman is something Affleck will be taking very seriously.

What do you think of the sound of this? Would you like to see Ben Affleck write a script for a Batman movie? Be sure to tell us all of your thoughts in the comment section below!