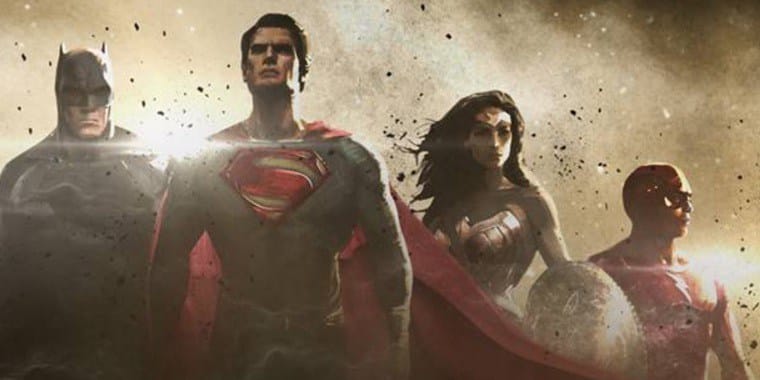 With the priority of “unity” symbolized for the cinematic universe of the forthcoming Justice League, there may be some turn of events that lead our heroes to a deeper problem closer to home.

An interesting rumor has been passed around and made its way to the spotlight through Umberto “El Mayimbe” Gonzalez, divisive journalist and host of POPBOOM’s “Heroic Insider” Youtube show. In his segment, he spoke briefly on the idea that Justice League’s plot may not yet be connected be an attack by Darkseid, but rather an opposition of Aquaman’s homeland.

The talk brought up Atlantis may be on the offense against the rest of Earth, serving as the true opposition for the Justice League film. Mentions of a “Bat-Submarine” have also been brought up to add to the potential theory and the possibility it may serve as an interpretation of the DC miniseries “Throne of Atlantis”, which ran in 2012 and written by Geoff Johns.

According to the DC Database Wiki:

Darkseid is the ruler of Apokolips and Darkseid’s Elite and was a major player in the cosmic war that was the Final Crisis. Unto the hell that is Apokolips came Darkseid, pure hatred personified, a merciless tyrant who demanded unwavering devotion and abject fear from all his subjects. A being of unparalleled strength, Darkseid nevertheless preferred not to sully his gloves with combat unless provoked to action. His eyes emitted the formidable Omega Sanction, ray beams that could disintegrate, teleport, or resurrect depending on the dread lord’s wishes. His sole mission in life was to find and gain control over the Anti-Life Equation which would give him the means to usurp all free will in the sentient universe. Darkseid first appeared making a cameo appearance in Superman’s Pal, Jimmy Olsen #134 (December, 1970), and was created by Jack Kirby. He then made his first full appearance in Forever People #1 (March, 1971).

More clues may arrive in Suicide Squad and the stand-alone Wonder Woman film, which are coming out August 4th 2016 and June 23rd, 2017 respectively. The League gathers November 16th, 2017.

With many thoughts and talks on what the future holds for the League’s start, what do you feel will conspire from the DC film universe? Express your thoughts on the comments below!