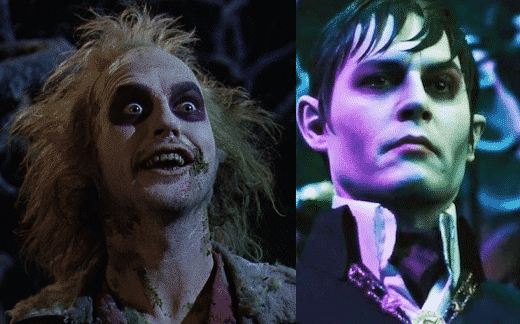 It sounds as though we may not be seeing Michael Keaton back in the black and white suit for Beetlejuice 2, with rumors hinting at another of Tim Burton’s usual suspects looking to take on the role of The Ghost with the Most. I’ll give you a hint…..it’s the exact person you would think of when you hear the words Tim Burton movie.

That’s right, reports are coming in that Johnny Depp is in line to replace Keaton as the titular spook, the reason for this – Keaton’s return to the A-list. Apparently the former Batman actor has found his stock rising since starring in Oscar nominated films Spotlight and Birdman, the latter of which earned him a coveted Best Actor Nomination.

Fans will surely be disappointed not to see Keaton back in the role, given how iconic he made the character. Depp does feels like a good fit, given his experience playing eccentric and wacky characters.

Burtons reps however state that:

“Tim Burton did not confirm Beetlejuice 2 as the movie is not in development. Tim’s focus is entirely on Miss Peregrine’s Home For Peculiar Children set for a September 30 2016 release and developing Dumbo.”

So we still have time for Keaton to make a couple of flops and rejoin the project.

What do you think? Could you see Depp in the role? Are you excited for the sequel? Let us know below!