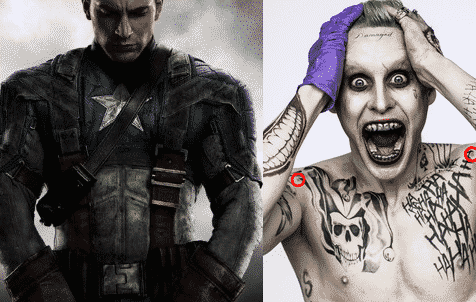 In a bit of strange news, the next Suicide Squad trailer is going to be featured before a very unlikely film – none other than Marvel’s Captain America: Civil War.

Apparently, the next trailer will be in front of Civil War, potentially showcasing more footage that may support the Batman scenes and “rumored” to add another well-known track in the form of “Ballroom Blitz” by Sweet.

The synopsis for Suicide Squad:

Figuring they’re all expendable, a U.S. intelligence officer decides to assemble a team of dangerous, incarcerated supervillains for a top-secret mission. Now armed with government weapons, Deadshot (Will Smith), Harley Quinn (Margot Robbie), Captain Boomerang, Killer Croc and other despicable inmates must learn to work together. Dubbed Task Force X, the criminals unite to battle a mysterious and powerful entity, while the diabolical Joker (Jared Leto) launches an evil agenda of his own.

Do you think we’ll actually see a Suicide Squad trailer before Captain America: Civil War? Be sure to tell us all of your thoughts in the comments!

WOLVERINE 3 Has Found Its Villain
How Much Will BATMAN Be Featured In SUICIDE SQUAD?
Advertisement
To Top