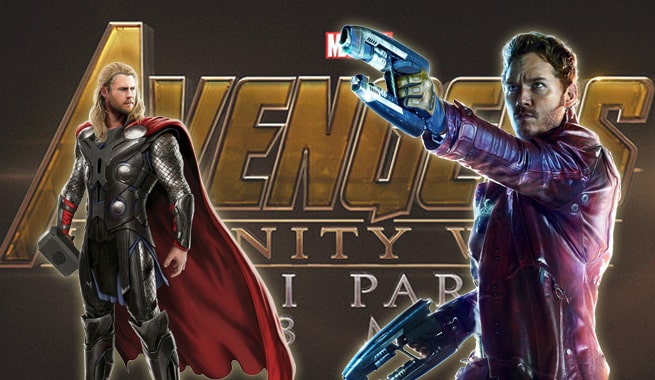 While everyone is currently thinking about Captain America: Civil War, another thing that has been discussed as of late is who exactly will appear in Avengers: Infinity War. The Russo Brothers have stated that 68 characters will be appearing in the film but haven’t really said who (outside of the major ones of course).

In a recent sit down with ComicBook.com, here’s what they had to say about certain characters:

“The movies are intended to be a culmination of everything that’s happened before in the MCU so you don’t want to get into spoilers but I’m a big fan of what James Gunn has done,” Anthony Russo told Comicbook.com. “[Joe Russo and I] are both big fans of what James Gunn has done. Star-Lord is a fantastic character and Chris Pratt is an awesome performer so you’d be very excited,” he said, teasing Pratt and Star-Lord’s presence in Infinity War.

“I’m excited to work with Thor,” Joe Russo says. “They’re doing some really interesting stuff with Ragnarok and where he’s gonna be at the beginning of Infinity War is gonna be a very interesting place and I think very profound. I think he’s gonna have a real emotional motivation after that.”

As far as the next movie we’ll see, Captain America: Civil War, here’s the synopsis: