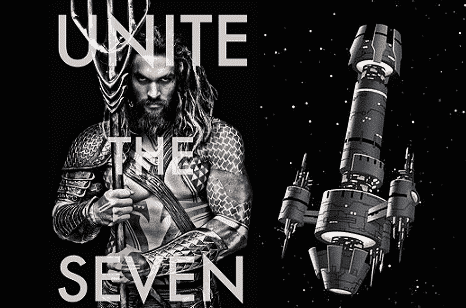 With the filming of the new Justice League movie starting as of yesterday, Jason Momoa’s role as Aquaman has grown to become one of the most anticipated parts of the upcoming film, with his fearsome design and muscular stature as well as the rumors of his people, the Atlanteans, planned as the antagonists.

Momoa uploaded to Instagram what seemed to have been a typical work-out session in preparation for the role, but what really raises an eyebrow is his description on said video:

Coach @wfmft getting ready for the castle. Watchtower.

“getting ready for the castle. Watchtower”

The Watchtower was the second-known base of the Justice League (the first being the classical “Hall of Justice”), first introduced in 1997 in Justice League of America #4 by Grant Morrison, or as most viewers of animation may recognize, the home base introduced in the DCAU “Justice League” series. Whether there will be a Hall of Justice has yet to be configured, but with a namedrop like that, we may expect that the headquarters of the assembled heroes to be already functional by the end of the film.

With a hint so early in the filming production, we can only hope this is the first of many to drop what else may be included. In the meantime, we await together, along The Watchtower.

Justice League: Part One will be released November 16th, 2017.

What do you think of this? Be sure to tell us all of your thoughts in the comments!

Continue Reading
You may also like...
Related Topics:Aquaman, DC Comics