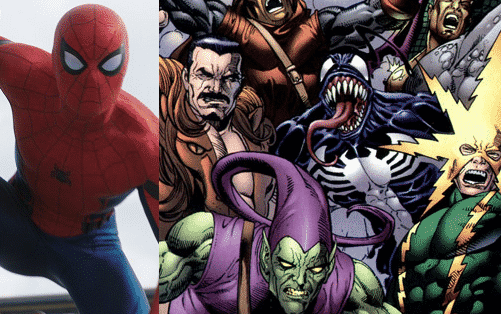 A rumor has slipped from CinemaCon according to Birth.Movies.Death, one which claims someone with information about the new Spider-Man film knows one of the villains we can expect to see featured –

“The Vulture will be in this movie. Will he be the main baddie? Will he be a villain Spidey has to defeat in an opening scene? I don’t know, although old rumors that passed by my ears indicated a non-main villain role for the old bird.”

They also suggested the title for the new film is Spider-Man: Homecoming, one which Sony may very well announce at CinemaCon today:

“Yes, I was told, that’s the title they’re working with at the moment. I think it’ll be the title. We may even see the title treatment later today, when Sony presents their next year’s slate at CinemaCon (which is happening here in Vegas, and is why I’m in Vegas).”

It’s definitely an interesting title and an interesting choice of villain. Sam Raimi actually wanted to use the villain for Spider-Man 4, the Spider-Man film that ultimately wasn’t made, so it’ll be cool to finally see the character in a live-action movie – assuming that is actually the case. For now, we’ll mark it as a rumor, but one that could most likely end up being true.

How do you feel about Vulture being the villain in Spider-Man: Homecoming? Do you like the title? Be sure to tell us all of your thoughts in the comment section!