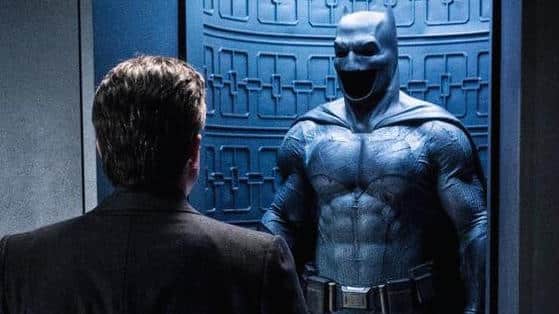 At the Warner Bros. panel at CinemaCon this evening, CEO Kevin Tsujihara gave a run down of the upcoming movies from the studio. After stating that they have at least 10 DC Comics movies coming in the next five years, he finally gave confirmation about something fans have been asking for for some time now – and it involves Batman:

“We’re working with Ben Affleck on a standalone Batman movie,” the CEO announced.

Not much else is known at this time, but once information becomes available, we’ll be sure to let you know. We last saw Ben Affleck‘s Batman in Batman v Superman: Dawn of Justice, the synopsis of which reads:

It’s been nearly two years since Superman’s (Henry Cavill) colossal battle with Zod (Michael Shannon) devastated the city of Metropolis. The loss of life and collateral damage left many feeling angry and helpless, including crime-fighting billionaire Bruce Wayne (Ben Affleck). Convinced that Superman is now a threat to humanity, Batman embarks on a personal vendetta to end his reign on Earth, while the conniving Lex Luthor (Jesse Eisenberg) launches his own crusade against the Man of Steel.

After the negative fan reaction to Dawn of Justice, it’ll be interesting to see the type of Batman film we get and whether or not Zack Snyder will be involved. We’re guessing that he will be, because he’s shaped the entire DCEU thus far, so it’d be a pretty big move if he wasn’t involved at all.

Are you excited for the upcoming standalone Batman film with Ben Affleck? Were you a fan of Batman v Superman: Dawn of Justice? Be sure to tell us all of your thoughts in the comments section below!