The New GRINCH Has Been Cast 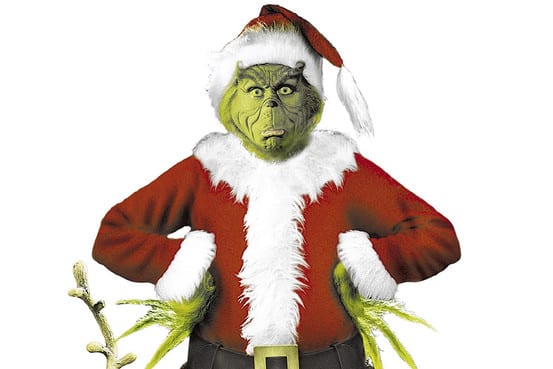 The upcoming take on Dr. Seuss’s How The Grinch Stole Christmas will have a new voice behind the iconic character (obviously). This time, Benedict Cumberbatch will be the one to portray the character. Here’s what Chris Meledandri, CEO of Illumination Entertainment had to say about the casting decision:

“Choosing the actor to voice The Grinch, we were determined to make a choice that would not only define this version of The Grinch as absolutely singular, but most importantly, we were looking for a voice to express comedic wickedness while embodying vulnerability,” Meledandri said. “It is that vulnerability that allows us to create a character that is not only highly entertaining, but also has an irresistible appeal.”

It was one of the many announcements made at the 2016 CinemaCon. The film, which is due in theaters November 17, 2017, will be directed by Pete Candeland and feature the same animation studio that was behind The Lorax.

Cumberbatch isn’t new to this kind of stuff (as you may remember) he lent his voice to the dragon Smaug, as well as the mysterious Necromancer in The Hobbit.

The synopsis of the film with Jim Carrey is as follows:

In this live-action adaptation of the beloved children’s tale by Dr. Seuss, the reclusive green Grinch (Jim Carrey) decides to ruin Christmas for the cheery citizens of Whoville. Reluctantly joined by his hapless dog, Max, the Grinch comes down from his mountaintop home and sneaks into town to swipe everything holiday-related from the Whos. However, the bitter grump finds a hitch in his plans when he encounters the endearing Cindy Lou Who (Taylor Momsen).

Obviously, this will be a different take on the iconic character, and we’re interested to see what they have planned for it. If it’s like the other animation that’s regularly released, though, we don’t really have very high hopes at all.

What do you think of the choice? Sound off below!