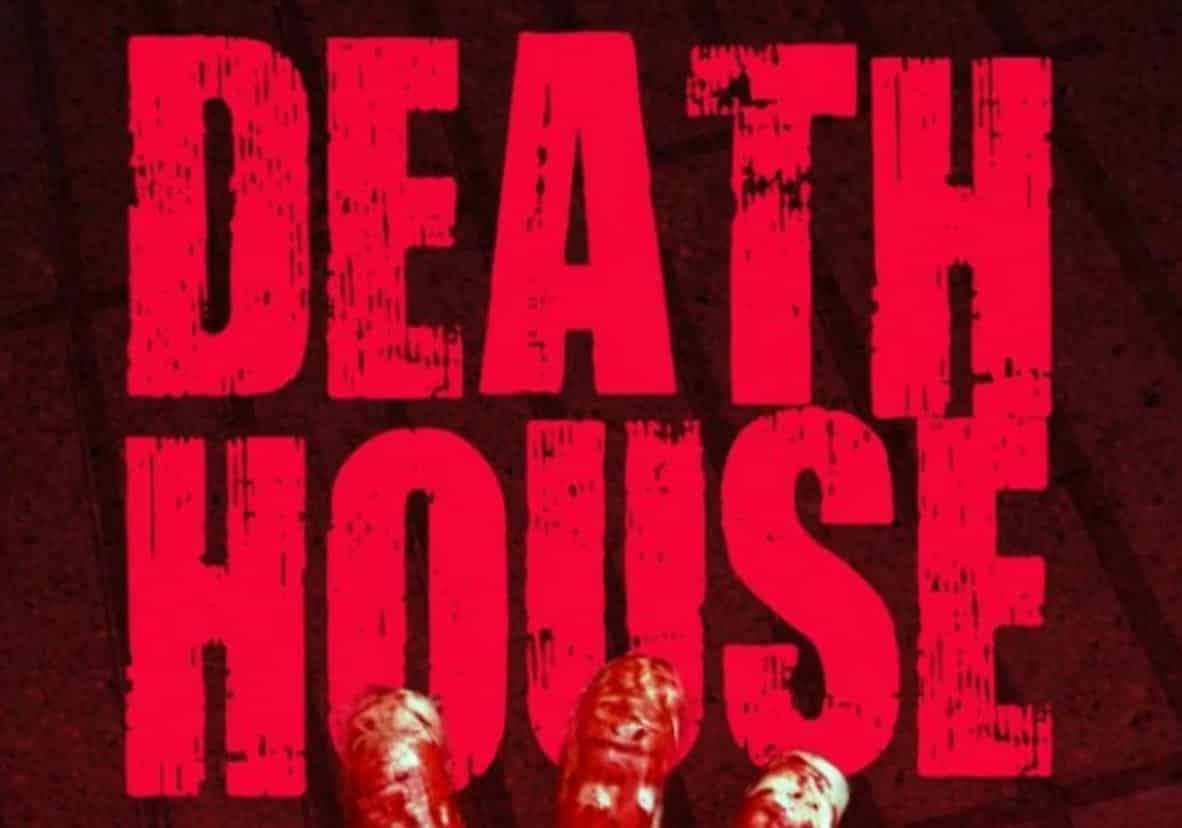 Based on a story by the late, great Gunnar Hansen (the original Leatherface from Tobe Hooper’s The Texas Chain Saw Massacre), the movie Death House is written & directed by Harrison Smith and claims to be the “Expendables” of horror, boasting a cast of horror genre vets such as Robert Englund, Kane Hodder, Doug Bradley, Bill Moseley, Michael Berryman, Dee Wallace, Danny Trejo, Barbara Crampton, Ken Foree, Don Shanks, and Camille Keaton, along with many more.

Here’s the new pictures that were released:

Gunnar Hansen’s last wishes were for this film to be made, and now filming has just about wrapped on the project. And besides featuring an extremely large cast of genre stars, it also uses a majority of practical effects from SOTA FX and managed to get a cameo from the wonderful Gunnar Hansen. Here’s the synopsis:

The Death House is the Area 51 of Evil… a subterranean government facility that holds humanity’s worst on nine levels. Hell, Dante’s ninth level, holds the Five Evils… the “dark stars” of Death House. These individuals are so heinous they can never walk among society again. They may also be supernatural.

Agents Toria Boon and Jae Novak have their own dark pasts, arriving at Death House to tour its levels and observe its denizens first-hand as well as the medical and mental experiments of Drs. Eileen Fletcher and Karen Redmane. Their depraved experiments date back to the Nazi doctors of WWII.

Prison cells are virtual reality holo decks that recreate prisoner environments before they were incarcerated. A special hallucinogenic gas keeps inmates under control. The victims are homeless, bused into Death House to play literal victims while killing habits are studied. The results are sick, but only a hint of what goes on here.

Hell literally breaks loose inside the facility when an EMP device detonates, killing all power and communication and… releasing every prisoner. Boon, Novak, and Fletcher are caught in a race against advancing prisoner hordes led by occultist Neo-Nazi Sieg. The monsters are freed, and they’re going down.

Boon and Novak’s fight through Death House turns into a house of horrors gauntlet; their only hope of escape is descending into Hell and enlisting the help of the Five Evils. Events culminate in a violent face-to-face standoff with absolute evil… only to find that they have traveled down a rabbit hole and through a looking glass. Black is white and white is black and the definitions of good and evil no longer apply.

Who are the monsters? Who will escape?

As a wonderful tribute to the horror genre, and its biggest contributors, the film sounds like it’ll be a real treat for horror fans and give us a wonderful swan song for Gunnar Hansen – the original Leatherface.  The film is set for a late 2016/early 2017 release.

Continue Reading
You may also like...
Related Topics:Death House, Horror

WOLVERINE 3 Will Feature The Debut of An Awesome Female Marvel Character
Former WWE Superstar CHYNA Passes Away; Wrestlers and Other Celebrities React
Advertisement
Advertisement
To Top