Just when I thought MTV was going to rename itself to RTV, they go and do something that restores my faith in them. As of late, there really wasn’t anything that deemed the “M” in their name. With programming such as Teen Mom and Jersey Shore, their demographic had done a complete one-eighty from its original intent. Evidently, the general public felt the same way, as ratings had reportedly hit an all-time low, to the point of the channel losing ad revenue.

The heads over at that building that used to produce Total Request Live evidently decided to get theirs out of their rear ends. It has been announced that there will be a total of 14 new shows. And yes, they will be about music. Cinema Blend has given us a little insight at a few. 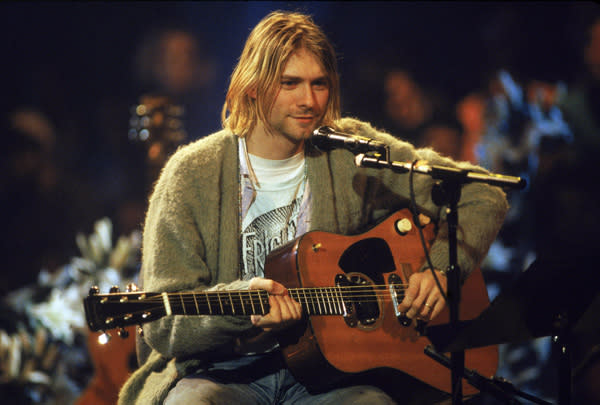 While this may seem to be a new program to the new generation, MTV Unplugged will actually be a return of an old favorite. Many artists even used their episode to produce an album that sold that buckets of records (see Nirvana and Jay-Z). While MTV was transitioning to their reality show programming in the late 2000’s, the show withered away to just a special here and there, for newer artists such as Miley Cyrus. It will be interesting to see who will be featured on this revival. Of course, the rocker in me would love to see bands such as 10 Years and Black Stone Cherry.

Another series dedicated to live performance will be set in Los Angeles, on the opposite coast from MTV’s headquarters. Each episode will reportedly feature at least three different acts.

Two people, a famous one and a “mystery talent”, will team up to create a song. The catch is, they have 24 hours to do so; hence Studio 24. Another competition series, in the style of the retiring American Idol, and The Voice, is also on the docket. Mark Burnett, the guy behind The Voice and Shark Tank, will be the mastermind of this one. The only difference between this and the other music competition shows on TV, is that the battle will take place in the studio instead of on stage. No, not Batman. Remember, this is an attempt to bring back the music. This documentary series, like Behind the Music or Diary, will chronicle the first years of personalities who got their start from MTV. So, I’m thinking we’ll see people like Carson Daly and Lala on there.

Not sure if they’ll keep their reality shows that are still popular enough, like Teen Mom. But their scripted shows, such as Teen Wolf and The Shannara Chronicles are still a go. I, for one, am ecstatic over this news. Now I have a reason to watch the channel again.