You can’t seem to read a Comic Book fan cast on the internet without Firefly actor Nathan Fillion making an appearance somewhere on the list. Well it looks like somebody in Marvel has been listening because the charismatic actor is set to appear to in next years Guardians of the Galaxy: Volume 2, as a character who comic fans may find familiar.

The upcoming sequel has been filming in Cartersville,GA where a fans set photos show a local movie theater which appears to be hosting a film festival in honor of Marvel comics phespian, Simon Williams. The photos, which were uploaded to Reddit, also give us a glimpse at some of the movies being shown, including Oh, Rebecca, a romantic comedy, Haxan 2 a horror, Arkon, an eighties looking action film in the vein of Conan based on the Marvel character of the same name. Where does Fillion fit in? Well it looks as though the Castle star will playing the character based on how many of the posters feature the actor.

Perhaps the most interesting of these posters is the Steve Jobs inspired take on Tony Stark, which would place these scenes as being set on present day earth. This could mean that we could be seeing Peter Quill returning home after her stint in space, or perhaps it could just be giving us a look at what’s going on back on earth. You can check out the photos below. 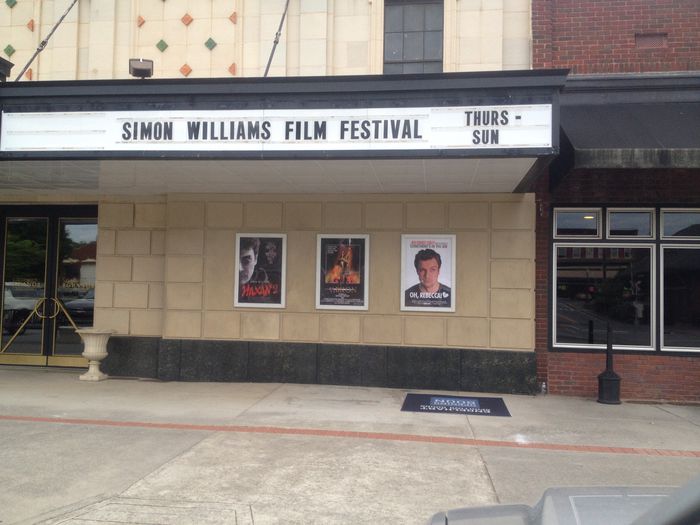 While it’s likely that these posters are nothing more than an Easter Eggs put in by the films director James Gunn, it may lead to future appearances in the universe. It could also be a reference to his friendship with Fillion who also appeared in Guardians of the Galaxy as the Alien prisoner who takes a special interest in Quill.

In the comics, Simon Williams was an industrialist and rival to Tony Stark who after joining the Masters of Evil and gaining Ion Powers becomes Wonder-Man. Sent by Zemo to infiltrate and destroy The Avengers, he eventually joins them after betraying his new teammates. The character was a mainstay of the comics for several years, eventually starting a relationship with Wanda Maximoff and being used by Ultron as the template for his creation, The Vision. He later goes on to become an actor, explaining his appearance in these posters.

We’ll find out what these set pictures mean when the film is released May 5th 2017.

What do you think? Do you like this casting? Do you think we’ll see more of the character? Let us know below!