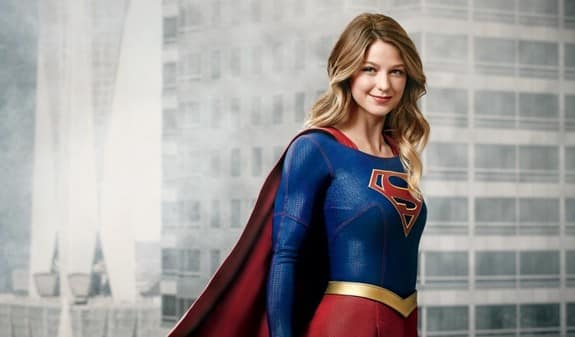 CBS’s Supergirl series has had a bit of a rough start, losing nearly half of its viewership since it’s debut back in October of last year. Even a crossover with CW’s The Flash last month couldn’t seem to draw the audience back and now with no renewal seemingly on the horizon, could we be seeing the Kryptonian heroine find a new network to call home.

A new report from TheWrap seemingly places much of the trouble Supergirl appears to be in, on the license fees that the network needs to pay Warner Bros. Television. This is similar to NBC’s Constantine last year which suffered a similar fate. The report states that CBS head honcho, Leslie Moonves, is attempting to bring down these fees in order to bring a second season to the screen. Back in March, Moonves had stated that the network hoped to renew it’s latest additions but as of yet the renewal hasn’t been made.

There is another option however, and that is to move the show over to The CW network which is a joint venture between CBS and Warner Bros. With the network currently featuring a heavy lineup of shows based around D.C. Characters including Arrow, The Flash and Legends of Tomorrow, it would certainly make sense for the show to transition here. It would also allow much more interconnectivity between the show and the pre-existing Arrowverse. This change in network would however mean that the budget would be smaller and the production would need to relocate to the studio lot on Vancouver, something which could bring about several changes in the show’s cast.

With CBS expected to announce its Fall lineup in two weeks at the upfront presentations in New York, time seems to be running out for the show. At the very least we could always see Melissa Benoist appear in one of the shows, much like Constantine’s Matt Ryan did in Arrow earlier this season.

What do you think? Would you like to see the show join the Arrowverse? Or are you simply indifferent? Let us know below!

NAMOR and MARVEL ZOMBIES Coming To The Marvel Cinematic Universe?
The Russo Brothers Want WOLVERINE In The MCU
Advertisement
Advertisement
To Top