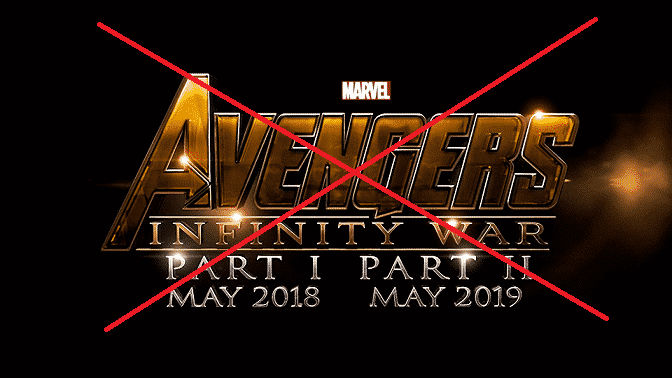 It appears Marvel’s Infinity War films will not just be known as Part 1 and Part 2 anymore.

A recent announcement was made by directors Joe and Anthony Russo that the titles of both Infinity War films will be retitled to separate the films for their diverse entities. Talking to UPROXX, Joe and Anthony stated their reasons respectively:

“The movies are two very different movies, it is misleading.The intention is we will change it, we just haven’t come up with the titles yet. But, yes, we will change it. And, yes, that is a scoop: we will retitle them.”

Even with such a long way away from the initial release, the enormity of the films are being carefully planned from the sound of it, and to have both parts independently represented does make sense.

The latest Marvel film, Captain America: Civil War, which are also directed by the Russos, will be opening in theaters this Friday.

What do you think of this decision? Are you excited to see Captain America: Civil War? Be sure to tell us your thoughts in the comment section below!