Well it’s finally here! (Next week for you Americans, sorry) The film fans have been waiting to see since the first time they heard the words, Marvel Cinematic Universe. That’s right, Captain America: Civil War is on our screens, but is it everything that fans hoped for. You bet your sweet ass it is. 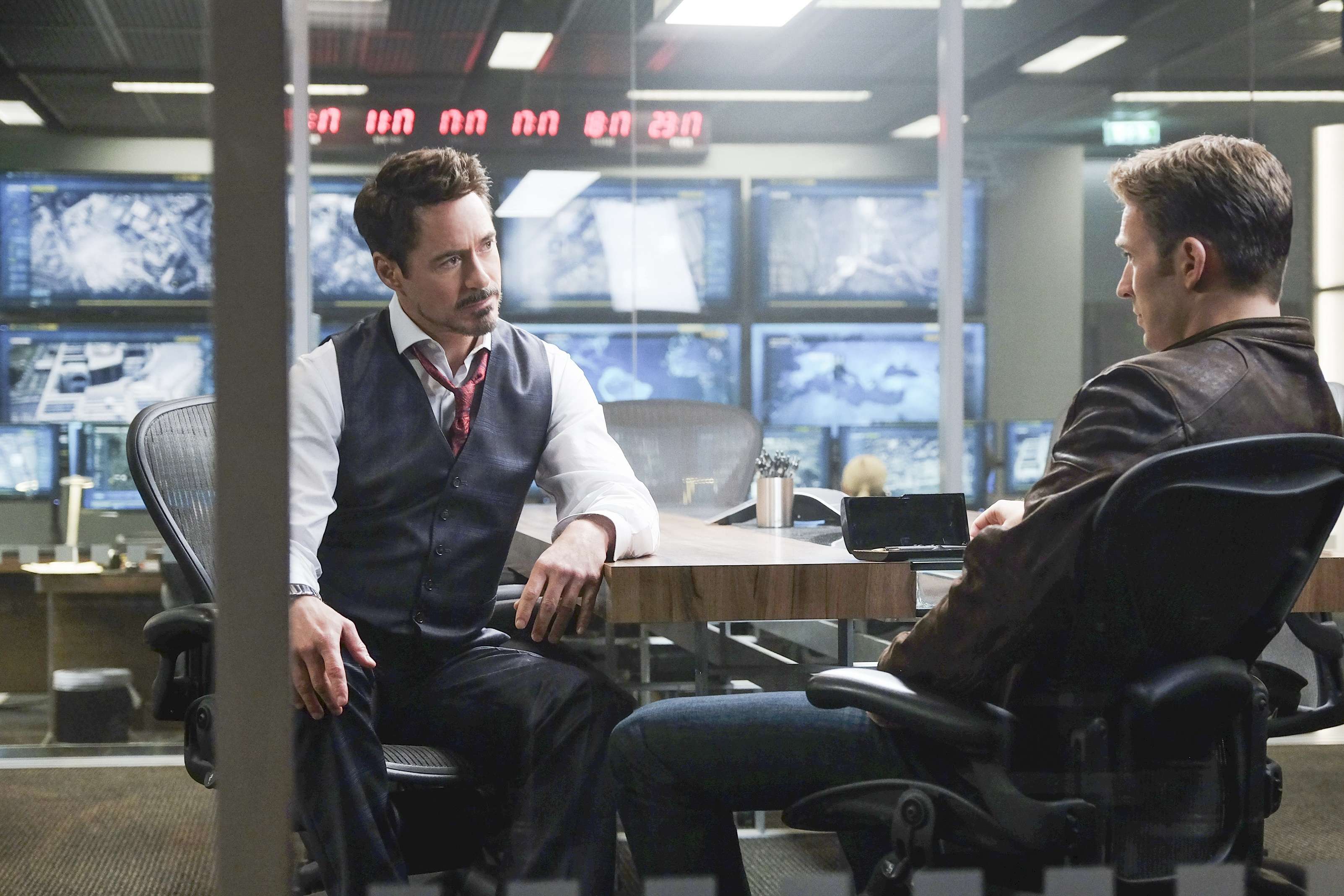 It was obvious from the get-go that this wasn’t going to be a straight adaption of Mark Millar’s divisive 2006 comic book arc of the same name, for starters, despite being eight years old, the universe isn’t nearly as developed as that of the comics. There is not nearly the same volume of characters, nor are secret identities an issue in the film universe but despite this it still manages to include a lot of the same themes, namely, who should be held accountable for the actions these characters take? If this sounds familiar at all, you may have seen it earlier this year in Warner Bros. own superhero showdown film Batman v Superman: Dawn of Justice, but more on that later. While the majority of the film’s plot has been revealed by the various trailers and clips which have been released by Marvel, it still manages to include plenty of twists and turns in the story.

For a film with such a long runtime and cast list, Captain America: Civil War manages to give every character a chance to shine in their own arc without feeling padded or bloated. Whilst every hero is given time in the spotlight, it is the two newcomers who make the most impact with Tom Holland giving us possibly the closest Spider-Man and Peter Parker to the comics we have seen on screen to date whilst Chadwick Boseman portrays Prince T’Challa with a regal dignity as a determined warrior seeking justice. Both characters painting exciting possibilities of what is to come in their future Solo films. It’s down to Christopher Markus and Stephen McFreely’s script that many of these scenes are so memorable, crafting interactions between characters that feel natural.

Whilst the heroes are given plenty of time for development, the same can’t be said for the films villains as is unfortunately so often the case when it comes to the MCU. It’s Frank Grillo’s Crossbones is one of the bigger disappointments, with the character being so under-utilized that he could have been placed with a generic henchmen and the film would have been no different.

Similarly, Daniel Brühl’s ‘Zemo’ has an original, albeit vastly different take on the classic Cap villain, with his storyline taking so many extended breaks that it is easy to forget he is appearing at all. But at the end of the day, much like the comic arc it’s based on it was never really about Heroes versus Villains its the conflict amongst the heroes which is the big draw of the story.

But that’s where Captain America: Civil War places it’s Ace in the hole as the two leads play their roles with such conviction that at times it’s impossible to determine who is in the right. Downey Jr., portrays Stark, not as the cocky brash billionaire we have seen in previous films, but as a troubled individual determined to right the wrongs of his past. It’s certainly a refreshing take on the character who has made a living on his quips.

It’s Chris Evans who really shines, making sure that the film isn’t merely Avengers 2.5, but as a Captain America film featuring the Avengers. Evan’s portrays Rogers as a man determined to fight for what he believes to be right, no matter who disagrees. One of my only complaints is that one of his most memorable speeches from the 2006 comic, is actually spoken by someone else.

But of course, that’s not why people are so excited for the film. You can’t adapt the Civil War story without plenty of adrenaline fulled fights between our two teams of heroes, and on this front the Russos fully deliver. The film features enough action to keep even the most severe ADHD sufferers focused on the screen. The choreography of each fight is so well done that you could almost see it being at home in a Bourne film. The famous airport scene is definitely the highlight, packed with enough spectacular visuals and call backs to the comics that it will every fan like they are 10 years old again.

If this is what the Russo’s give us for Civil War, it’s almost mouthwatering to imagine what they will bring to the table for Avengers: Infinity War. The film is most definitely in the right hands. Overall, while it’s far from the perfect adaption of the comic book arc. It is a great film, with spectacular action and some fantastic performances from its cast.

Now onto the subject of Batman vs Superman: Dawn of Justice, both films which feature their respective companies two biggest heroes duke it out. This is something which is likely to draw comparisons, which will then devolve into a war between the two fanbases over which is the superior film. But what everyone should remember, much like Batman vs Superman or Captain America vs Iron Man, its easy to pick who you believe is the right choice, but at the end of the day we are all really on the same side and that is fans of comic book movies.