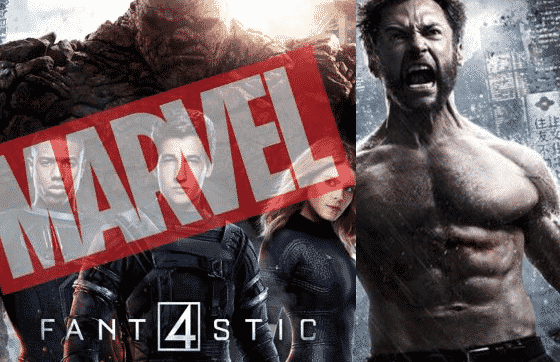 The great thing about the Marvel Cinematic Universe is that, with only limited characters, Marvel Studios was still able to embark on their massive cineverse. They didn’t own the rights to heavy hitters, Spider-Man and X-Men. They didn’t own any rights to the big Marvel movies that were released in the prior decade: Blade, Fantastic Four, Daredevil, Ghost Rider. They did have a Hulk, though. Or, at least access to him. And though Iron Man and Incredible Hulk were produced by two different movie studios, they were able to cross-thread them to birth this MCU.

A new report from CosmicBookNews states the following:

There is a plan for the potential return of the Fantastic Four to the MCU. However, there are no contigencies for the X-Men, which are unlikely to ever return. There is interest in Namor, too.

That’s the magic that Marvel Studios possesses. With the popularity and quality of their movies, they eventually were able to pick up some of the remaining pieces for their version of the universe Stan Lee, Jack Kirby, and Steve Ditko created. Daredevil was acquired. Soon, they were able to turn what Fox failed to capitalize on, and portray the dark and gritty streets of Hell’s Kitchen that Frank Miller intended. Eventually, they even acquired Spider-Man; in which you can see the outcome of that deal in theaters now with Captain America: Civil War.

And while Marvel Studios continues to produce features with characters they already own, like Doctor Strange later this year, and Luke Cage and Iron Fist shows set to grace our Netflix queues soon, fans continue to wonder who else they can acquire.

With Fox’s second failed attempt at Marvel’s first family, there’s clamor for the MCU to use their Midas touch with Mr. Fantastic, Invisible Woman, Human Torch, and Thing. Even outside that family, there are characters that sit with them, whom the writers and directors would like to employ, but fall short of frustrated. James Gunn of the Guardians of the Galaxy really wants to use Kang the Conquerer. The Russo Brothers, of Cap 2 and 3, and also the upcoming Avengers 3, have expressed their desire to use Namor the Sub-Mariner and Wolverine.

It’s unlikely that Marvel Studios will be able to acquire any rights to any X-Men. They’ve had their issues, but the X-Men movies have garnered enough success to keep going. Deadpool, whom has also been rumored to switch studios, was a monster hit. And I’m sure X-Men: Apocalypse will also earn Fox a good chunk of change. Wolverine 3, New Mutants, X-Force, and possibly another X-Men movie about the Pheonix are in some stage of development.

However, with their loose grip on Fantastic Four, especially with its sequel release date canceled, there’s a chance that Gunn may get his wish. Who knows, maybe the reason why Inhumans was postponed, was so FF could take its place. And if Universal can share their Hulk, then surely they can lend Namor. Sub-Mariner would make a great first villain for the team. Just like the MCU needed Spider-Man, they need Dr. Doom and Silver Surfer. If rumors are true, we can see them soon. But rumors are rumors. And confirmation is confirmation. So until we see confirmation, Fantastic Four and Namor joining the MCU are just that – rumors. But god, is that gossip juicy.

The Reason Tony Stark Recruits Spider-Man Over Daredevil In CIVIL WAR
The First Reviews for X-MEN: APOCALYPSE Are In
Advertisement
Advertisement
To Top