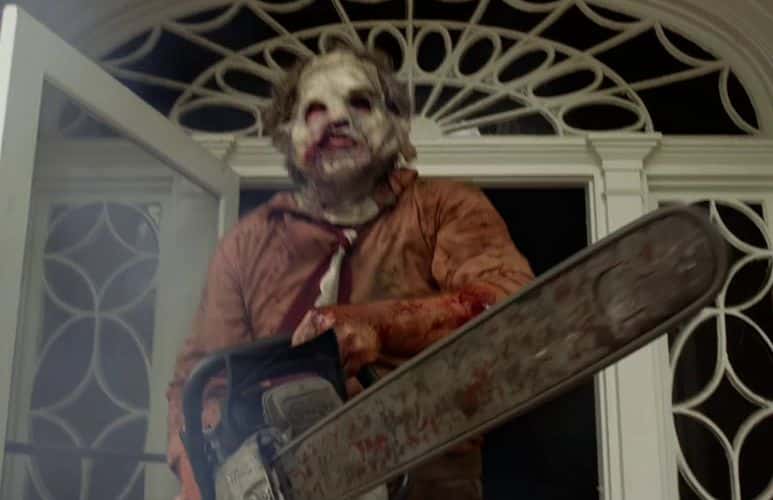 Christa Campbell, one of the people in charge of Campbell Grobman Films, the production company behind the upcoming “The Texas Chain Saw Massacre” prequel “Leatherface”, shared a new image from the film.

Featuring Jessica Madsen, the picture depicts her character who’s said to escape alongside Leatherface and several other maniacs, sitting in an old BBQ restaurant. The picture definitely gives off an early 1970’s, late 1960’s vibe and eerily fits in with the original film.

Directed by Julien Maury and Alexandre Bustillo, the creative team behind films like “Inside”, “Livide”, and “Among the Living”, it seems like we may finally get a proper counterpart to the original 1974 masterpiece, The Texas Chain Saw Massacre.

The prequel is said to “chronicle events in Jackson’s (Sam Strike) teen years, revealing how he became the infamous Leatherface. Violent teenager Jackson escapes from a mental hospital with fellow inmates Bud (Sam Coleman), Ike (James Bloor) and Clarice (Jessica Madsen). The group kidnaps nurse Lizzy (Vanessa Grasse) in their escape. As the group flees with their captive, they are pursued by Hal Hartman (Stephen Dorff), a vengeful and determined Texas Ranger.”

A horror film about a road trip with Leatherface set in the time period of the original film? Count me in.

Are you looking forward to the new Leatherface movie? Be sure to tell us your thoughts in the comment section!