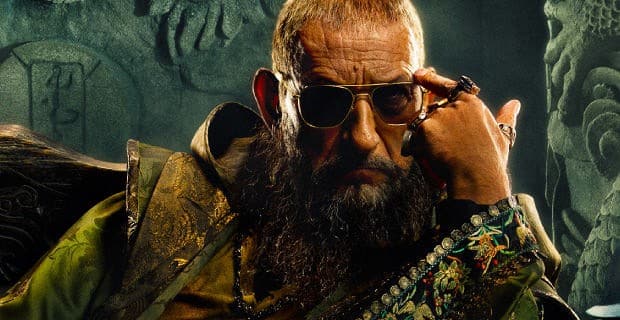 When Iron Man 3 was released in 2013, moviegoers liked it well enough, save for one glaring flaw. The film’s portrayal of Tony Stark’s nemesis, the Mandarin, threw fans for a loop.

In the comics, Mandarin is A) Chinese, B) in possession of ten magical rings, and C) not a drunken buffoon. In the film, however, he was ambiguously Middle Eastern, wore a few rings but made no mention of their power, and turned out to be an out of work alcoholic actor who was hired by persons unknown to portray a villain on film. Yes, that happened, to Marvel’s everlasting shame.

The film’s director, Shane Black, has now come out and directly said that the one-shot “Hail to the King” was made for the sole purpose of apologizing to the audience for their massive bungle.

In an interview with Uproxx, Black said:

“Marvel saw so many negative things they made a whole other movie just to apologize, called Hail to the King, in which they said, ‘No, no, the Mandarin is still alive. That wasn’t him. There’s a real Mandarin.’ The only reason they made that was as an apology to the fans who were so angry.” He also stated that Marvel execs had no idea there would be a problem initially. But they changed their tune when the fans were so vocal in their derision. “Of course, they didn’t care. But when the blowback hit, they cared.” When asked if producers truly had no idea they were making such a big mistake, he responded:

“No, we didn’t. We didn’t know. We all thought they’d eat it up, because it never occurred to us that the Mandarin might be as iconic to people as, say, the Joker in Batman. We thought they just wanted to see the magic rings shoot lasers.”

While the Mandarin certainly isn’t as iconic as the Joker, he’s still an important villain in Iron Man’s history, and fans expected him to be pictured much more accurately. Black said that part of the reason for the change was the magic element of the character:

“You’d need to take the piss out of it and explain how this can happen. In the comic books, it’s literally magic. It’s magic from outer space.” He went on to add, “I’m a people pleaser. I love the fans. I really wanted to please them.”

It sounds like the director got stuck in the middle, between making comic readers happy,and making his bosses at Marvel happy. He has taken a lot of criticism because of the film. It appears now that the fault may not be entirely his.

Do you think Shane Black deserves a break from disappointed fans? What do you think about Marvel’s surprise at the backlash? And do you feel that Marvel sufficiently made amends with Hail to the King? Let us know in the comments!