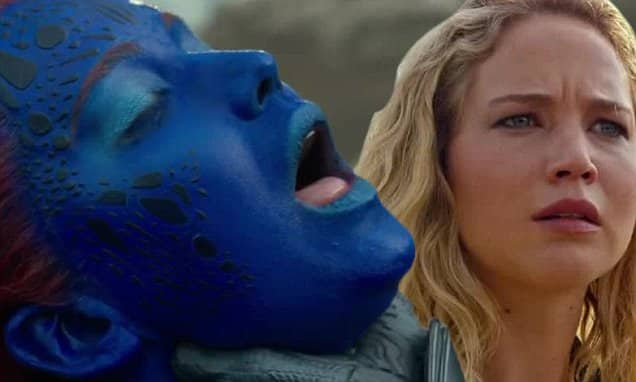 The X-Men franchise boasts some of the biggest names in Hollywood today although it seems as if Fox may lose three of its biggest stars. The release of X-Men: Apocalypse marks the end of not just Jennifer Lawrence’s three-picture deal but also Michael Fassbender’s and James McAvoy’s. Lawrence has been vocal in the past about not returning for future installments although after some persuasion it seems as if she’s changed her mind. Now that her contract up is up, her involvement is once again in disarray and it seems as if she’s able to hold Fox to ransom with her latest comments:

“Fassbender and McAvoy and I were all talking like, ‘Will you come back?’ ‘I dunno.’ ‘I’ll come back, if you come back.’ Fox should be terrified because the deal we made was like if one of us doesn’t come back, none of us are.”

She then told Entertainment weekly how she has mixed feelings as to whether or not she’ll be back:

Interesting words from one of Hollywood’s leading women. Fox will no doubt want to keep the cast they’ve currently got as the X-Men franchise is one of their hottest properties. I’m sure after some persuasion (A bag full of money) Jennifer Lawrence will be able to see how important three months will be to her bank account.

Do you think Jennifer Lawrence is integral to the franchise? Or would you like to see the X-Men franchise expand upon their characters? Sound off down below!