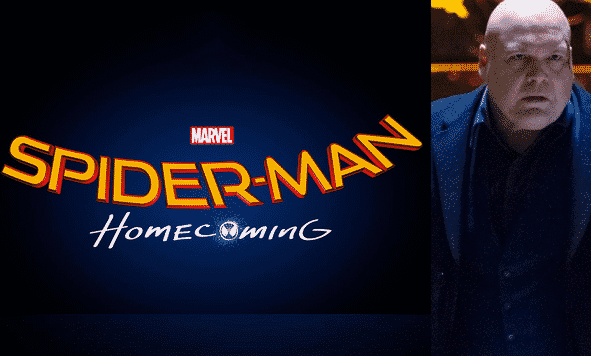 What if Perry White decided to pass over Lois Lane and Clark Kent, and give his biggest scoop to Jimmy Olsen? That scoop being that one of Flash’s Boom Tubes have been found. Olsen gets in the Tube, and travels over to the Marvel Universe. While there, he takes on Galactus. That’s exactly how I feel.

The other day, ScreenGeek was tipped from an anonymous source close to the situation that Marvel Studios was considering having Vincent D’Onofrio reprise his role from the Netflix series, Daredevil, in next year’s Spider-Man: Homecoming.

What do you know, that report found its way to the Kingpin actor himself:

Sorry folks but this is news to me.
It would be great but I don’t think it will happen. V. https://t.co/GrVwbUYsqX

It seems that, if the tip was correct, Marvel hadn’t spoke with D’Onofrio yet.

And if this was, indeed, a rumor, the actor seems pretty optimistic about the gig:

I love all this action about me doing #SpiderMan Tell Marvel!!! pic.twitter.com/1vPp3G9QqI

You read it, yourself. If we really want Vincent D’Onofrio’s Kingpin to take on Spidey, we need to bug Marvel. So keep talking. Lets get this trending. Who knows? Maybe they’ll listen. Crazier things have happened.