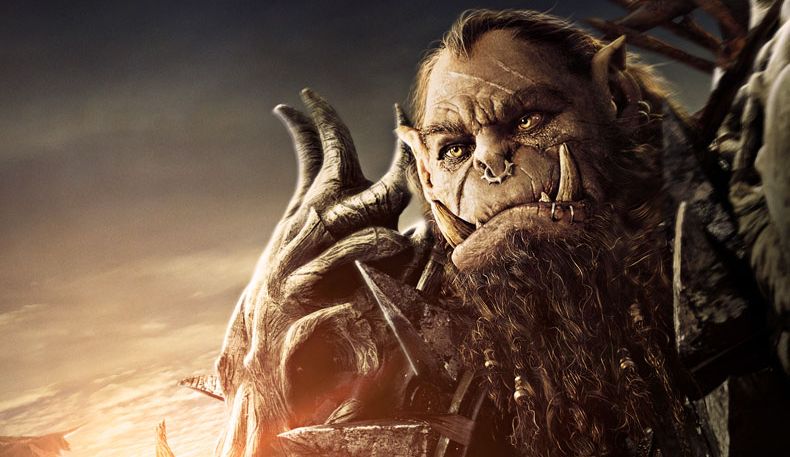 Over the years, there have been multiple attempts at bringing Video Game properties to the big screen, often with more failures than successes. With two new franchises looking to make the jump in next weeks Warcraft and Assassin’s Creed this December, it seemed as though this would be the year everything changes. It looks as though this may not be the case if the first wave of Warcraft reviews are any indication, at least we have Assassin’s Creed to fall back on.

While it’s a bit too soon to be jumping to any major conclusions, as well as the fact that it is only a small collection of reviews so far it’s certainly not a good start for what was supposed to be the first in Universal’s next fantasy franchise. The praise that the film has been receiving has been directed at the film’s impressive special effects while much of the complaints are in regards to the film’s weak plot and performances from cast. You can check out some snippets from the reviews below.

We are still waiting for a great video game movie. Maybe we’ll never get one, but a film like Warcraft at least makes it feel like we’re buffering for it. This is an honest attempt to recapture the finer qualities of its source material inside of another medium. When it works, it’s a lot of fun. When it fails, it’s merely an average fantasy adventure that focuses too much on familiar plot devices to make a major impact. But there’s nothing wrong with not being great, so long as you don’t suck. And Warcraft doesn’t suck. It’s a flawed but likable adventure that I would happily go on again, preferably as a double feature with The Beastmaster, Legend or Ladyhawke.

But if you’ve never played Warcraft the game, can you care about Warcraft the movie? Given the ardent global following of the franchise, will it matter? For non-aficionados, the two-hour experience could be more concise, but it’s no ordeal. Neither, though, is it consistently involving. If you haven’t already invested in the self-serious mythology, it can feel borderline camp, if not downright dull — or both, as when an uncredited Glenn Close intones platitudes from on high about darkness and light. Yet there’s no question that it’s a breakthrough in both storytelling and artistry for features based on video games. And compared with another medieval-ish tale, the soporific Hobbit trilogy, this international production is a fleet and nimble ride, likely to conquer overseas box offices and make a solid stand stateside.

In the hands of director and co-writer Duncan Jones (who previously earned plaudits for sci-fi outings Source Code and Moon), the film takes a long time to build dramatic momentum and gets interrupted by what seem like unnecessary plot points; some of them, perhaps, geared towards potential sequels. The CG and motion capture work that goes into the orc characters and most of the sets is impressive – Life of Pi Oscar winner Bill Westenhofer leads the visual effects team – but it doesn’t always meld easily with the live action. The film (rated PG-13 in the US) ends up feeling unconvincing and generic, with nothing to compare to either the dramatic heft of Peter Jackson’s Lord of the Rings trilogy or the raunch and gore of Game of Thrones.

Rather than tapping into the goofy core that makes a game like World of Warcraft interesting, the Warcraft movie aims for grittiness, missing the mark quite a bit. It just doesn’t work. The lore is too campy. This is a world where a mage’s most popular spell transforms his enemies into sheep, yet Warcraft acts as if it’s a green-screen version of Game of Thrones. At my theater, the biggest laughs came not from the occasional bouts of slapstick comedy but from the miserable archmages of Dalaran, whose CGI-enhanced eyes look especially absurd when you’re supposed to take them seriously. I had hoped Warcraft would at a minimum be entertaining, but really, I’ve had more enjoyable two-hour sessions wiping on Molten Core. At least the armor looks good.

With its meticulously detailed realms built out primarily on soundstages and enhanced via CGI during extensive post-production, “Warcraft” aims for fresh and eye-popping and yet ends up shopworn and rather tacky. It fits into a long line of visually audacious Hollywood gambles: In success you wind up with a sleeper that few see coming, like “300” (or, if you strike the bull’s-eye, a phenomenon like “Avatar”), but the ones that miss — “The Spirit,” “Sky Captain and the World of Tomorrow,” “Sucker Punch” — tend to tank hard. Boasting more than 2,000 visual effects shots, it’s dispiriting to think about the time, energy, planning and precision that went into “Warcraft” when the final product brings to mind those animated advertisements for iPhone app games. So good at making the most outlandish elements of his first two films seem completely credible, Jones can’t find a way to get this cartoony spectacle to soar. His heartfelt approach to the material only underlines the silliness.

Imagine “Battlefield Earth” without the verve and you get this sludgy, tedious fantasy adventure, a fun-starved dud that’s not even unintentionally hilarious. The cast seems mostly adrift, with only Schnetzer giving what might be considered an actual performance. The usually reliable Foster is reduced to gadding about like a prog-rock Jesus in a series of robes that make him look like he’s posing for the side of someone’s van, and poor Paula Patton gets saddled with a sad pair of novelty-store fangs. (To her credit, she makes the green body makeup work; if the Marvel Cinematic Universe ever expands to include superhero-with-a-law-degree She-Hulk, we’re looking at a real contender here.) “Warcraft” promises, or threatens, sequels, but then so did “Super Mario Bros.” And come to think of it, if forced to watch either of these video-game movies a second time, I’d probably vote for the plumbers.

This will definitely come as a blow to fans of the game franchise, seeing as how it could have potentially been the next Lord of the Rings with the amount of lore that the series has accumulated over its 21 years. It’s also a shame, seeing as it is director Duncan Jones’ first foray into the world of big Hollywood blockbusters. Perhaps he will return to the lower budget films he became known for. You can check out the film for yourself when it hits theaters June 10th.

What do you think? Are you shocked by this news? Will you be checking it out? Let us know below!

John Carpenter Will Produce The HALLOWEEN Reboot
Is Marvel Planning On Bringing BLADE To The Marvel Cinematic Universe?
Advertisement
Advertisement
To Top