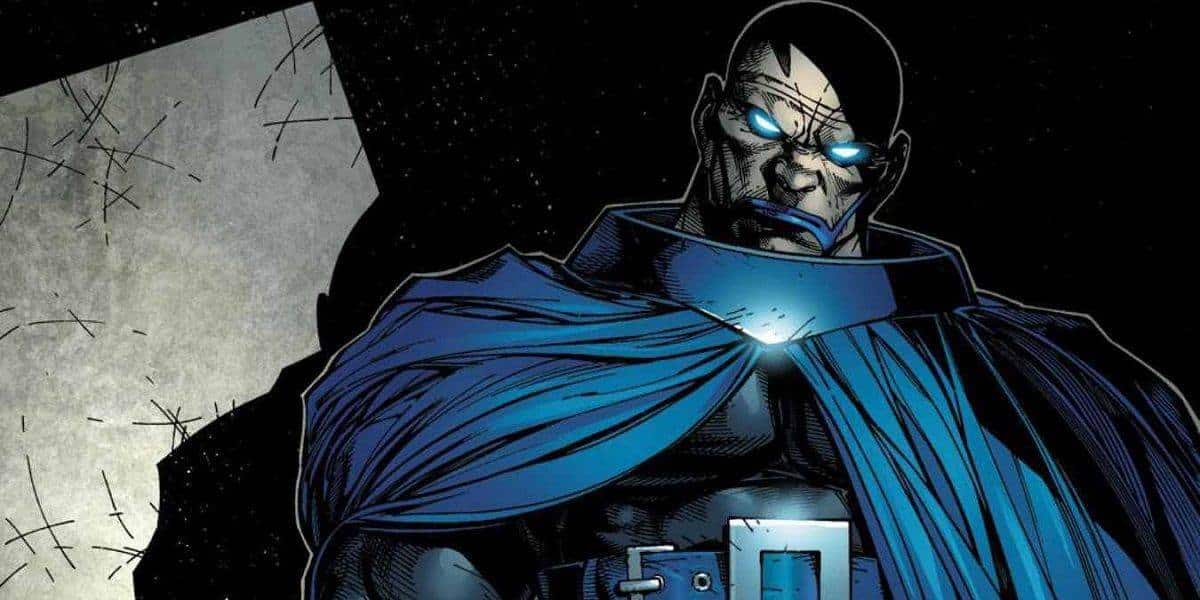 Getting To Know Apocalypse

In this age of instant information, one of the quickest ways to get to know someone is to check out their eHarmony profile. Let’s take a peek.

Age: Over 5,000, but I still feel young. In fact, I feel positively immortal. Because I am.

Talents: Not dying, telepathy (face it, where will you find another man who can read your mind?), telekinesis, genius intellect, and the ability to manipulate my own body into any form I wish. (If we get on well, I might just manipulate your body too.)

Hobbies: Conquering Earth, being as far above mutants as mutants are above humans, enslaving my enemies, long walks on the beach.

Dislikes: Every living thing, because they are all beneath me. Except you. Although you’re welcome to be beneath me if you’d like. *wink*

What I’m looking for: Someone worthy of my devotion. Bonus points if you happen to enjoy destruction, ethnic cleansing, and receiving flowers. I like flowers. Here, I brought you one.

Sorry, I couldn’t resist. Because that’s about all the humor you’re likely to find in this story. En Sabah Nur’s life has been a long and desolate journey. If you aren’t familiar with the titular villain of this weekend’s X-Men film, we’re here to help.

Many centuries ago, a baby was born in the land of Aqaba, in Egypt. His gray skin and blue lips caused his people to shun him, abandoning him to the mercy of the gods. Fortunately, the infant was discovered by Baal, of the Sandstormers. Baal names the child En Sabah Nur, which means “the first one.” It is an appropriate name, as the child is the first known carrier of the Mutant X gene. Around the time of Nur’s youth, the time traveler Kang the Conqueror arrives in Egypt, and assumes the identity of the pharaoh Rama-Tut. Having been in the future, Kang is aware of the boy’s abilities, and what he is destined to become. He wants to find a way to be in control of this unimaginably powerful being. Under his authority as Pharaoh, Rama-Tut sends an army, led by the great general Ozymandias, to eliminate the Sandstormers and retrieve the young man.

During the battle, Nur and his guardian Baal are wounded. They take shelter in a cave, hoping to remain safe until the fighting ends. However, Baal’s injuries are grave. As he lays dying in the sand, he reveals a great secret to Nur. Deep inside the cave, powerful alien technology is hiding. Left behind by the almost godlike intergalactic travelers known as the Celestials, it contains formidable and as-yet-unearthed knowledge and abilities, unknown to mankind.

Following the ambush and the death of Baal, Nur vows revenge on Rama-Tut and Ozymandias. Disguising himself, he infiltrates the pharaoh’s army of slaves. While waiting for the most opportune moment to strike, he is noticed by the beautiful Nephri – the sister of Ozymandias. The two become enamored with each other, and for a moment, Nur is consumed by something other than vengeance. He decides to reveal his true face to his lady love. Sadly, she is terrified by his unnatural appearance, and flees to the protection of her brother.

Shattered by this rejection, Nur’s broken heart hardens for the last time, and the awesome power of his rage is unleashed. Reaching the full potential of his mutant abilities, he rampages through the city, destroying everything in his path. Rama-Tut flees to the safety of another time, but Ozymandias receives justice in the form of being turned to living stone, and forever enslaved to his nemesis. Returning to the cave, Nur activates the Celestial technology, receiving its ancient knowledge and incredible power.

En Sabah Nur is no more. Now there is only Apocalypse.

As time incessantly marches on, Apocalypse travels the world in search of purpose and power. Many civilizations believe him to be a deity worthy of worship, and he does nothing to convince them otherwise. Instead, he incites war wherever he goes, both for his own amusement, and for his belief that humanity must destroy each other until only the strongest are left to inherit the earth.

Having ceased aging when he received the Celestial power, Apocalypse is now immortal, but still requires bouts of rest. He enters periods of suspended animation, sometimes for centuries at a stretch. Periodically, he awakens to continue his mission to turn the world into a casualty-strewn battlefield. During these reveilles, he encounters everyone from Thor to Mister Sinister to Count Dracula.

He awakens from his most recent slumber, hoping to find that mutants are more numerous in our modern times. He gets his wish – there are many in the world, but they are largely shunned in some places, openly hunted in others. Using humans’ fear and scorn to his advantage, he begins to build an army of mutants who look to him for protection. As always, on the front lines of the horde are Apocalypse’s personal guards, the most powerful mutants he can find, his most favorite children – The Four Horsemen.

This presumably brings us to the time period at which the film begins. Apocalypse is ready to bring the fight to humans, as well as any mutants who oppose him. How will the X-Men survive the wrath of the most powerful being on earth?