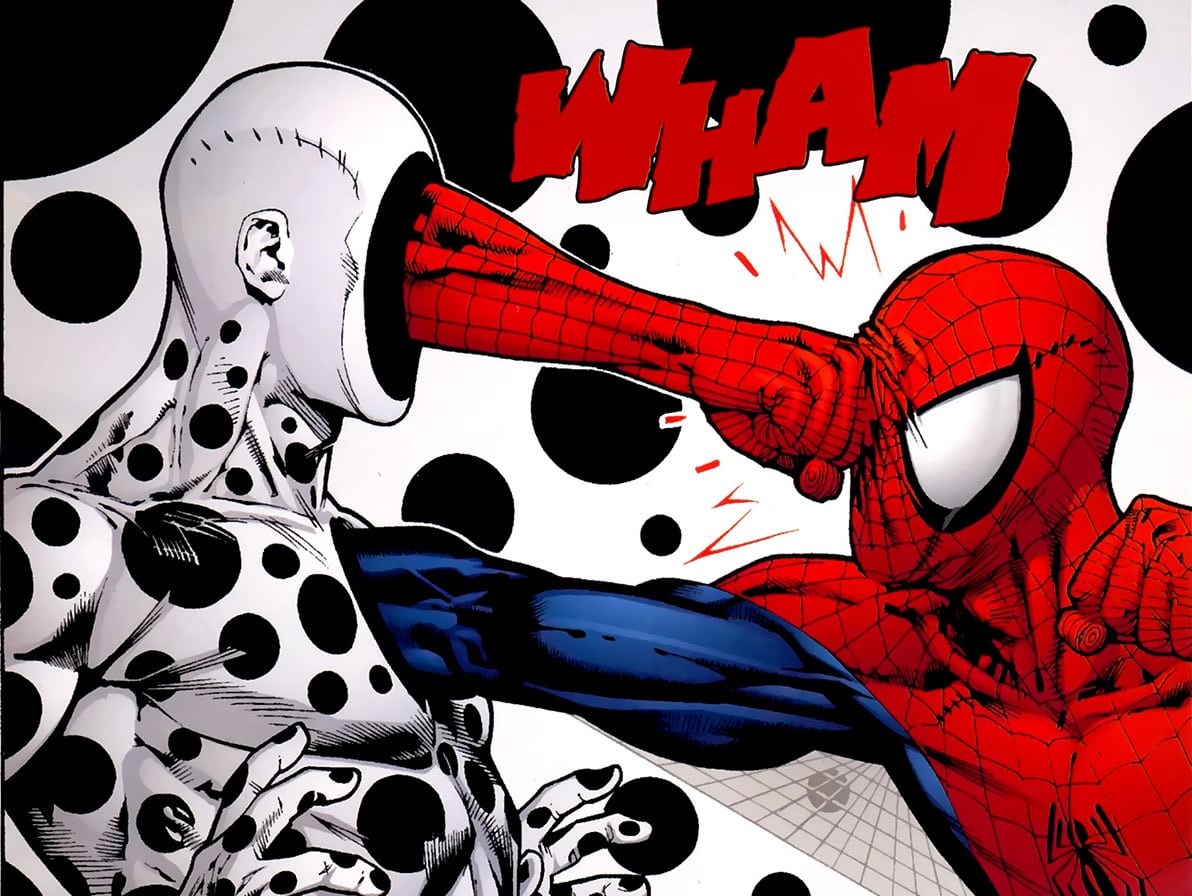 Both Agents of SHIELD and Agent Carter are in the process of filming new episodes, and with Daredevil (I, for one, would love for there to be some truth in the rumors about the Stath circling Bullseye…) and several other new Marvel Netflix projects either in production or planned, it’s clear that we’ll be seeing more and more previously unseen Marvel bad- guys on screen.

Now, when you’ve been around as long as the Marvel Comic Universe has, you have to create a hell of a lot of villains to face off against all the heroes you’ve come up with. It’s fair to say some of these will have dated a little bit, and become irrelevant to the point where you can’t really use them again convincingly (step forward the Hypno-Hustler…). The comics have never been afraid to regularly revisit and retcon their old properties, these days more so than ever.

Now nobody can accuse the filmmakers of not being reluctant to take a gamble on some of the more outlandish villains that scriptwriters turn in to them. Batroc The Leaper’s recent portrayal was largely deemed a success, and may well result in future appearances. The Rhino, probably not so much, but at least there is evidence there that there is creative talent out there prepared to try and modernize/include some of the recurring baddies of the Marvel Universe.

You may wish to consider, however, the long-standing saying that ‘you can’t polish a turd’. There’s a hard-core of truly horrendous and lame bad-guys that Marvel comics regularly revisit and include in the modern storylines.

Some of these are added for humorous reasons, as a direct parody or ironic swipe at the mis-steps of the past. Some have just been around so long, and featured in so many plots, that the writers have fallen in love with them, and keep reeling then out time and again for fan satisfaction.

In some of these cases, there would still be room to tinker with and modernize the character to a point where it could be portrayed onscreen. Grizzly, for example, wouldn’t necessarily have to wear a bear suit. And Big-Wheel might still be able to be convincing with a suitably realistic vehicle and added backstory.

Listed below, however, are 10 truly useless Marvel baddies, (largely animal-themed…) who I’m prepared to put money on, that you really won’t be seeing on screen any time soon…

Martin Blank possesses a number of themes common to the creation of a textbook Marvel Bad-Guy. Born with unwanted mutant powers. Bonded to his suit by mysterious and magical powers. Rejected as an ally by an existing hero. Alas, this simian-superfiend was destined to be burned to a hairless husk of his former self by the Punisher, spending the rest of his days in bad-guy rehab.

Already angered at the death of his brother in the U.S. Army, Gordon Thomas reacted to being fired as a sign-writer by embarking on lifestyle of vandalism and crime. Writing the

alphabet all over his face to reflect his mood, and throwing sharpened metal letters, he opposed Spider-Man for a brief time. Marvel did bring him back temporarily as a reformed hero for ‘Civil War’, before he was taken out, resisting government forces in a SHIELD raid…

Born William Taurens (See what they did there..), this unfortunate henchmen fell foul of a superhuman serum project centred around Bull DNA. Blessed with an improved physique, a set of horns, and the brain-cells to match, Man-Bull has enjoyed a lengthy career cameoing throughout the multi-story arcs in the Marvel Universe. Pretty much whether you find a bunch of villains sharing a beer, this beefy bad guy will be somewhere nearby…

Yet another disgruntled employee converted into an evildoer, Vinnie Patilio turned his back on a career as a toy maker, instead creating a frog themed jumpsuit. Encountering just as much success in his new career, Patilio would eventually retire from a life of crime, quite amazingly transferring the mantle to his son, who became the recurring hero ‘Frog-Man’ (quite possibly soon to feature in a corresponding list of 10 lame Marvel Heroes…)

Yet more employment frustration here, but thankfully no animal theme, Jonathan Powers was a failing actor, who sought a costume and weaponry from the villain community to wreak revenge on his critics. Emerging as a bargain-basement answer to the Joker, he would eventually retire from villainy, his successor dying in a hail of gunfire courtesy of The Punisher during Civil War.

Unfortunately, dispatched on the same mission as Jester to capture Spidey, this Green Goblin knock-off also met his end at the hands of Frank Castle. As if the Marvel universe didn’t have enough glider-themed baddies, the writers saw fit to add another, this time with a pumpkin for a head. He’s one of the most killed and resurrected villains on the block, and is regularly used to pad out bad-guy team ups.

Again ticking off our ‘animal themed’ and ‘bonded to suit’ boxes, this wrestler turned wrongdoer is another favorite with the writers. Antonio Rodriguez has been around since the 80’s, using his enhanced strength (offset by minimal intelligence) to mix it up with various opponents including Cap and Hawkeye, before very randomly ending up in Tony Stark’s Fifty State Initiative. I mean a man dressed as an armadillo. I ask you….

Quite surprisingly, our one and only ‘mad-scientist’ entry of the list is the rather oddly named Dr. Jonathon Ohnn (which I assume is pronounced much like the sound a humping hippo might emit.,.). Having been sucked into an inter-dimensional portal, he emerged with identical baby portals covering his body. Having the ability to pop in and out of reality when he feels, he’s spent most of his time being kicked and punched senseless, rather than just popping into a bank vault, and then the nearest private island…

I’m not sure what the writers were smoking when they came up with this fella. Enterprising inventor Wilbur Day uses an armoured suit with telescopic legs to embark on an unsuccessful career as a bank robber. Wilbur enjoyed a spectacularly good run, as the enemy of both Spider-Man and Daredevil, before signing up under the Superhero Registratoon Act. His newfound immunity from prosecution didn’t stop the Punisher from taking out both legs with a rocket grenade, before shooting the inert Day in the face.

So, let me get this straight. Here we have a bad guy, who’s utterly obsessed with gold. To the point where not only does he wear a suit lined with gold, but he rides around in a gold-plated submarine, and fires a gun that coats things in solidifying gold leaf…

So he steals money, in order to turn things into gold… Like Robin Hood. But with a golden bazooka… Bullshit.

So. How did we do, Marvel buddies? Did we miss anybody? As ever, let us know in the comment section below!