Actress Rose McGowan (Scream, Charmed) has exclaimed her thoughts on the new promotional billboard for Bryan Singer‘s X-Men: Apocalypse, which depicts the main antagonist Apocalypse (Oscar Isaac) holding female mutant Mystique (Jennifer Lawrence) by a forceful grip of the neck. Her words did not come happy:

There is a major problem when the men and women at 20th Century Fox think casual violence against women is the way to market a film. There is no context in the ad, just a woman getting strangled. The fact that no one flagged this is offensive and frankly, stupid. The geniuses behind this, and I use that term lightly, need to to take a long hard look at the mirror and see how they are contributing to society. Imagine if it were a black man being strangled by a white man, or a gay male being strangled by a hetero? The outcry would be enormous. So let’s right this wrong. 20th Century Fox, since you can’t manage to put any women directors on your slate for the next two years, how about you at least replace your ad?”

20th Century Fox has since addressed the claim by McGowan, even going as far as to apologize and remove said billboard:

In our enthusiasm to show the villainy of the character Apocalypse we didn’t immediately recognize the upsetting connotation of this image in print form,” Fox said in a statement. “Once we realized how insensitive it was, we quickly took steps to remove those materials. We apologize for our actions and would never condone violence against women.” 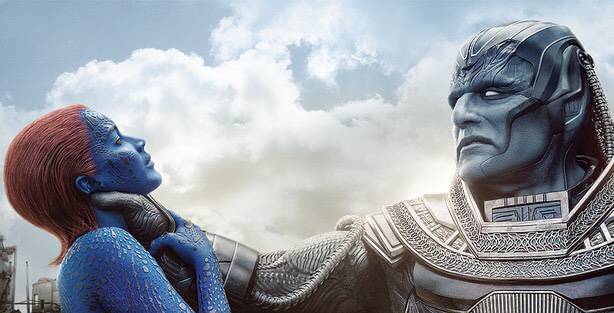 Perhaps the poster was just taken out of proportion? Apocalypse is a villain character after all, one who sees fit to grasp the throat of anyone, woman or man. Share your thoughts on the comments below.