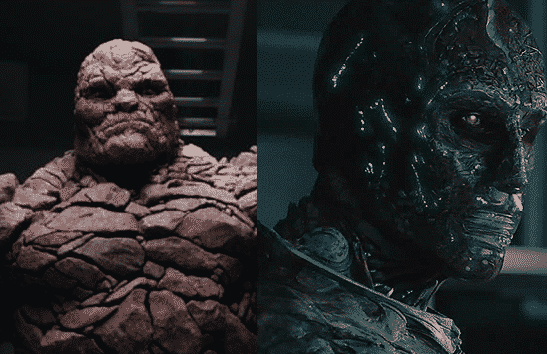 Toby Kebbel, the actor for Doctor Doom in the new (and universally hated) Fantastic Four reboot decided to reflect on the film and reveal that there’s a “great” unreleased cut of the film.

The actor also explained that he “spent so long figuring out an accent that was from the mid-Eastern block, generic enough to be a guy who then lived in America. I figured that out.”

He also added that:

“Unfortunately… I played Doom in three points: walking down a corridor, killing the doctor and getting into the time machine, and lying on the bench. They were the only times I played Doom. Everything else was some other guy, on some other day… doing some other thing. I was infuriated that he was allowed to limp like that!”

Either way, it seems like very few will ever see or know about the darker and supposedly superior cut of Fantastic Four, but for those of you anticipating the actor’s upcoming Warcraft film, it hits theaters on June 10, 2016.

The synopsis for the 2015 Fantastic Four film: Transported to an alternate universe, four young outsiders gain superhuman powers as they alter their physical form in shocking ways. Reed Richards becomes Mr. Fantastic, able to stretch and twist his body at will, while pal Ben Grimm gains immense strength as the Thing. Johnny Storm becomes the Human Torch, able to control and project fire, while his sister Sue becomes the Invisible Woman. Together, the team must harness their new abilities to prevent Doctor Doom from destroying the Earth.

Do you think there’s a great version of the 2015 Fantastic Four movie? Tell us your thoughts in the comments!