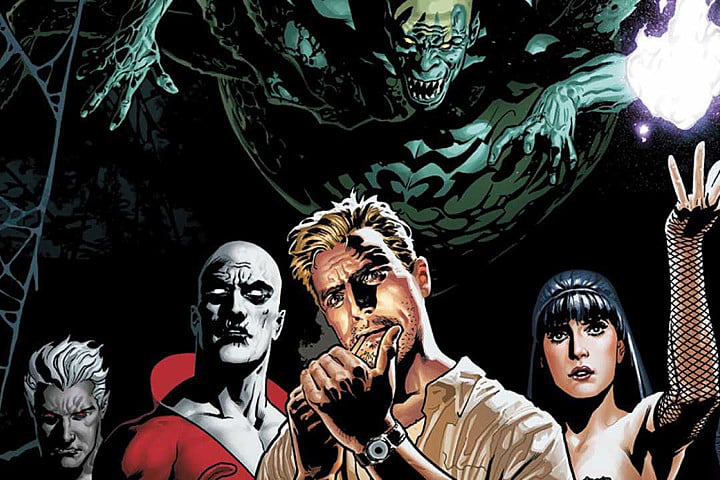 Guillermo del Toro’s Justice League Dark movie project ended up floundering, especially as the DC Cinematic Universe began to grow as a shared universe. The NBC Constantine show also failed to make any marks and was cancelled after a season. However, that doesn’t mean the end of your hopes and dreams for the darker side of DC superheroes to come to life on the screen.

Thanks to a leak from the British Board of Film Classification, we have learned that the next animated DC film will be Justice League Dark. It will be based on the New 52 Justice League Dark series that ran from 2011 to 2015, and like other recent DC animated movies it will probably adapt the first storyline fairly closely.

The team roster for Justice League Dark is Constantine, Deadman, Zatanna, Madame Xanadu, Shade the Changing Man, and several others that periodically joined the team over the course of the comic, most notably Frankenstein, Swamp Thing, and Black Orchid.

Since the upcoming Batman: The Killing Joke is going to be one of their darkest movies yet, it’s not surprising to see DC turn to their animated films to make what tends to be less commercially viable as their “big” properties in film form. After Jonah Hex, there is probably some hesitancy to go ahead with the weirder parts of DC, so this animated movie is probably designed to help see if Justice League Dark and all its characters can be successful, just as they did with the animated Suicide Squad a few years earlier.

Will the movie succeed? Well, it still hasn’t even been officially announced yet, let alone released any footage or clips. So your guess is as good as mine. We’ll just have to see!