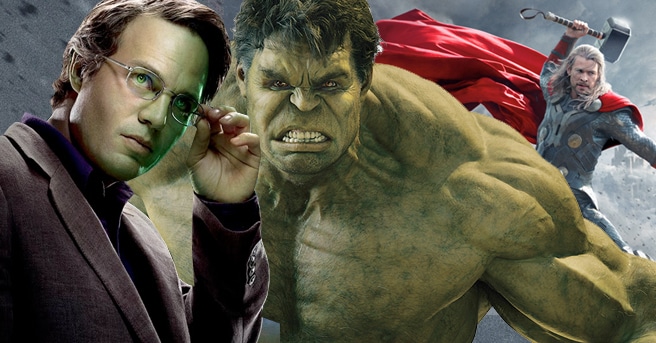 Bruce Banner (as well as his alter-ego The Incredible Hulk) has appeared in Marvel films for the last eight years, and we’re just now starting to see his character develop over the movie series. His next appearance will be in Thor: Ragnarok, and actor Mark Ruffalo who plays Bruce Banner pointed out that Bruce and the Hulk’s personalities just may clash. Ruffalo explained to Collider the type of arc that Bruce Banner will be dealing with:

“No one’s really gone in that place. I mean, he’s always been running from him or trying to deny it, but they’re coming for a collision course with each other, and I think that can be pretty exciting if we can figure out a way to do it multi-dimensionally.”

This isn’t anything new for the comics themselves, but film-wise, it’s an entirely new concept for the cinematic universe and one that fans are hoping to see. The Hulk is a character that hasn’t quite had as many standalone films as the other Avengers, and audiences are dying to see his character progress.

Luckily, however, Mark Ruffalo did say that Thor: Ragnarok and the upcoming Avengers: Infinity War movies will feature plenty of developments for his character, so perhaps we’ll get to see that progression even without a standalone film.

Are you looking forward to the return of Hulk in Thor: Ragnarok? What do you think of the changes Mark Ruffalo mentioned? Be sure to tell us all of your thoughts in the comment section below!