What are the first superheroes that come to mind when you’re asked about Marvel’s best? Iron Man, Thor, Captain America, The Hulk, Wolverine etc… all are your staple answers. This list is comprised of some super talent you may not have heard of and deserve some valued attention. Not all can be the center of attention, but these characters are very much worthy of your time and hopefully spots in a Netflix series or the big screen during the massive Infinity Wars event.

With the George Lucas-produced flick in 1986, it’s easy to dismiss this presumably ridiculous character. Even his cameo at the end ofGuardians of the Galaxy was pretty much used as a joke. Though, I’m sure these weren’t creator Steve Gerber’s intentions.

“Although he has possesses no superpowers, Howard the Duck is versed in the art of Quack Fu and should never be underestimated or counted out,” reads his bio on Marvel.com.

As silly as this hero seems, just the fact that he indeed popped up in the Marvel Cinematic Universe shows his potential. Often paired up with Man-Thing, and his recent comic book ventures as a private investigator, Howard is ripe with possibilities.

Not only does he have a presence in the MCU, but so does his partner. Granted, Man-Thing has yet to appear in the MCU. Though, he did have a movie in 2005, albeit forgettable. But Ted Sallis’s ex-wife, Ellen Brandt, whom forced him to become the beast we know and love, was in Iron Man Three as an AIM agent. Also, he was mentioned in Agents of SHIELD, “Who, or what, is a Man-Thing?” – Dean Lyons


After the events that started Civil War, many wouldn’t consider Speedball a hero. He and his team, New Warriors, were responsible for the Stamford Incident that kicked off the comic event, as they took on a group of explosive villains. With the movie adaptation of the Mark Millar epic in the form of the third Captain America movie, it looks like that event will be replaced with Bucky. Instead of the Stamford Incident, the heroes of the MCU will be split by the actions of the Winter Soldier. Such would have been a great way to introduce Speedball and his friends, while eliciting a plethora of emotions.

Speedball wraps himself in a ball and bounces off his targets. Sounds silly, right? Almost sounds like the Bouncing Boy from DC’s Legion of Superheroes. But the world needs silly. If Deadpool didn’t teach you anything else, it’s that humor is a good thing. And with movies like Guardians of the Galaxy, Marvel does a pretty good job at mixing the camp with the grit. – Dean Lyons

There’s been clamor for Adam Warlock to appear somewhere in the cosmos of the MCU. But what about his sidekick? I was introduced to Pip via the Silver Surfer cartoon in the ’90’s. There is also where I learned of Drax the Destroyer, whom we all know got his limelight.

Though Pip has no powers, he did acquire the Space Gem, that let him teleport anywhere in the universe. Currently in the MCU, the Space Gem, also known as the Tesseract, is sitting in Asgard. Perhaps, if and when Thor and Hulk meet Warlock in Thor: Ragnarok, they could give him the stone.

Warlock had his own team, called The Infinity Watch. It gathered him and Pip, Gamora, Drax, Moondragon, Maxam, and even Thanos. With three members already, it would be great to witness the Watch assemble in one of the upcoming cosmic movies, such as Guardians of the Galaxy Vol. 2 or Avengers: Infinity War.

Everyone’s favorite X-Men character to hate, Cyclops is by far one of the most underappreciated heroes of marvel. His character development, list of ladies he’s banged, and Scott’s powers are not something to scoff at, his optic blasts can be focused to be enough for him to shave or if he truly lets loose, Earth shattering. Aside from all of this, for me as a child the costume he had was what drew me in to being a Cyclops fan, best on the X-Men roster.

Coulson could have easily been named Clay Quartemain, a major SHIELD agent from the psychedelic pages of Jim Steranko. But the MCU was created around a character original to it’s movies.

Now, Coulson has found his way to the comics, like Diggle has from Arrow. Coulson was written into Secret Avengers to recruit Hawkeye, Black Widow, Taskmaster, Mockingbird, and even Quake (Chloe Bennet on Agents of SHIELD, formerly Skye). “Phil ‘Cheese’ Coulson fought in Afghanistan as a member of US Army Rangers 2nd Battalion, alongside his best friend, Marcus Johnson (aka Nick Fury Jr.),” reads the Updated and Expanded Marvel Encyclopedia.

His success as a TV star is the very reason he’s underrated. Resurrecting him for Agents of SHIELD deters from the fact he sacrificed himself for the rise of the cinematic Avengers. Joss Whedon refused to reprise him for Avengers: Age of Ultron for the very fact. It would be like resurrecting Uncle Ben Parker. Don’t get me wrong, I love the show. And I most def appreciate his transition to comics. But one must remember that Legend is a posthumous concept.  –Dean Lyons You may have saw Mike Peterson become Deathlok on Agents of SHIELD. While it’s great that the character finally got some limelight, the fact that he was reduced to TV, and only limited appearances at that, is robbing the character of his greatness. With all the clamor for more Netflix shows, such as Moon Knight and Punisher, I’m surprised that there isn’t any for a Deathlok spin-off from Agents of SHIELD. There will be Marvel’s Most Wanted, a spin-off with Bobbi (Mockingbird) and Hunter. But where is one for the most recognizable hero from the show? Will he teeter from show to show, like the Arrowverse does with their characters? There was a Deathlok movie rumored to be in development a while back. But it looks like those plans were scrapped when Mike was transformed. – Allen Dean Lyons

Everyone loves, Johnny Blaze as the Spirit of Vengeance. But the long forgotten Dan Ketch gave us the amazing weapon of the Penance Stare; for that alone, he should be heralded as something special. He was the third person to don the mantle as Ghost Rider and in my humble opinion was the most violent of the 3.

Chris Powell, just an ordinary teenager who finds an extraterrestrial amulet that allows the wearer to psychically link with an amazing android body. Having the ability to fight with a linked proxy, gives one many advantages. He’s not as well known, but he has teamed with Spiderman, Moon Knight and the Punisher for the wonderful Round Robin story arc. 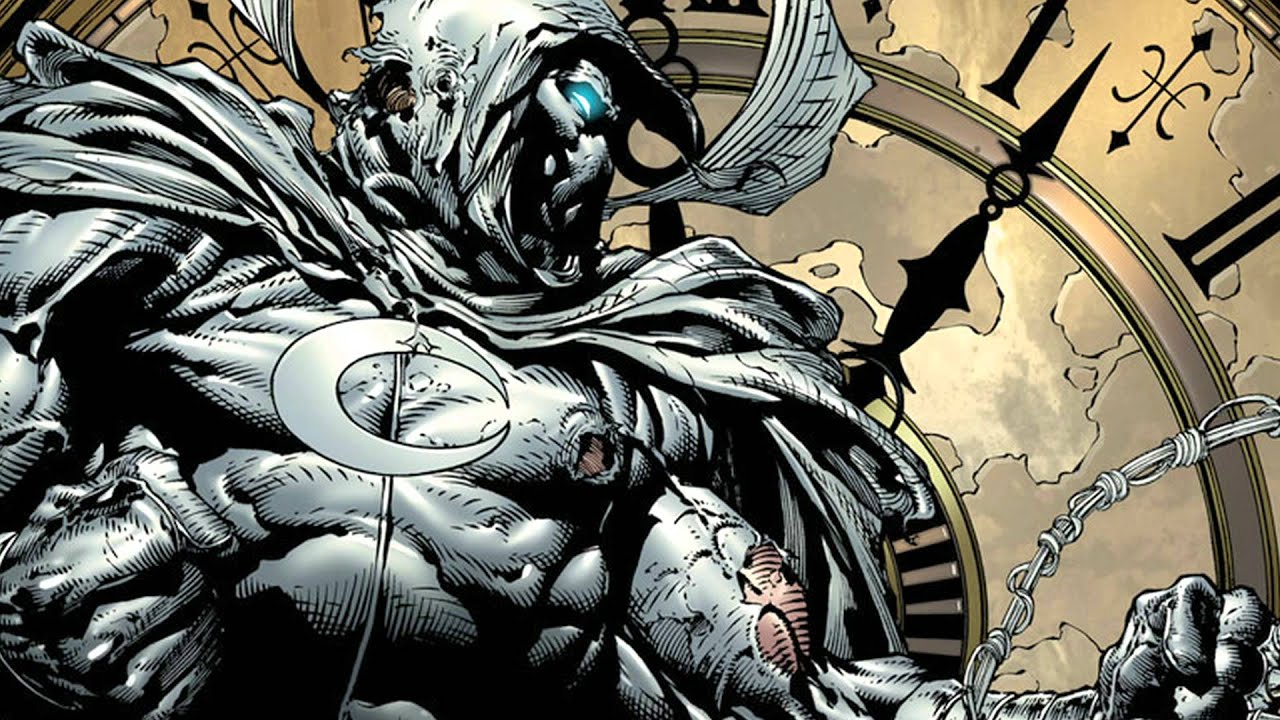 Marvel’s Batman with a dash of schizophrenia; Mark Spector was given mystical powers by the Egyptian Moon Goddess along with his special forces training in Marine Force Recon make him one awesome superhero. Add in that Mark is a billionaire playboy? What’s not to like? Taskmaster, who routinely mimics other heroes fighting style won’t impersonate Mark’s style because of his Chuck Liddell style of fighting; take a shot to give a harder shot.

BRB by far is the most underrated Super Hero in Marvel’s arsenal. From giving Thor an ass whipping of a life time, to taking Mjolnir and gaining the powers of Thor in the same breath then Odin making him his own hammer in Stormbreaker. How is this character not used more? His series, Godhunter, about taking on Galactus is legendary. With a slight cameo in the Thor: Darkworld movie, one would think that his time is coming.

Are there any we missed? Agree or disagree? Sound off below!

Which Live Action Portrayal of THE PUNISHER Is The Best?
Rumor: MEPHISTO Will Be The Main Villain of The Defenders
Advertisement
Advertisement
To Top