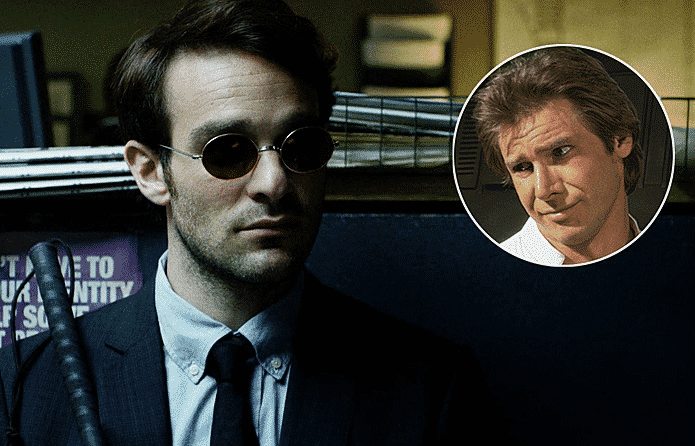 While the skills of Alden Ehrenreich (Hail, Caesar!) ultimately won the titular role of the recently-announced Star Wars spin-off, the competition for the next Han Solo has sounded very tense with names like  Taron Egerton (Kingsman: The Secret Service) and Jack Reynor (Sing Street, Transformers 4) in the running list. However, a certain Marvel might have also walked out of Hell’s Kitchen for an opportunity.

Daredevil‘s lead Charlie Cox revealed to The Hollywood Reporter that he might have “blindly” been involved in an audition for the iconic role.

“I had gone to an audition — one of those things that are super secretive and they don’t tell you, but I’m pretty sure it was for the Han Solo reboot.”

Of course, he can’t help but think his acting methods stemming from Daredevil are what caused him to lose the potential role.

…halfway through it, the casting director stopped me and said, ‘Why aren’t you looking at me?’ I realized I had gotten into a habit of not making eye contact, because the only thing I had done for two years is play someone who is blind. I never got invited back, probably because they couldn’t figure out why I was acting like a complete idiot.”

Aside from the casting, not much else is known about the film aside from an uncertain release date and that it will depict an origin story for the bounty hunter previously played by Harrison Ford. The Lego Movie directors Phil Lord and Christopher Miller are also involved as the directors.

Continue Reading
You may also like...
Related Topics:Daredevil, han solo