First Picture of The Losers Club From IT Remake Surfaces 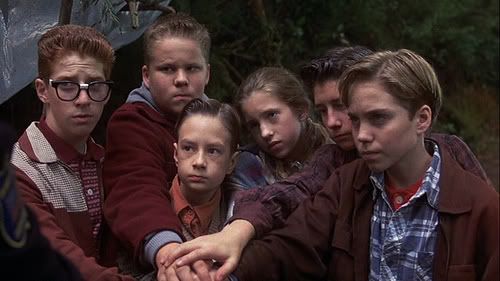 Directed by Andy Muschietti, the newest adaptation of Stephen King’s It is finally moving forward. The movie will be divided into two parts, with part one being released September 8, 2017.

Actor Finn Wolfhard managed to post a picture on his Instagram showing himself with fellow co-stars as “The Loser Club”, a group of kids that have to work together to fight “It” after one of their own is killed by the indescribable monster. The second film will focus on the characters as adults when “It” returns several decades later.

Per the Stephen King wiki:

Bill, Ben, Bev, Richie, Eddie, Mike and Stan, a group of kids, form the “Losers Club,” a group of social misfits who meet and form a tight-knit friendship. Each of the children individually encounter the mysterious, child-killing clown haunting their home town of Derry, Maine. The monster, which the group later collectively names It, usually appears as the thing the child victim most fears before taking the form of Pennywise the Dancing Clown. Their separate encounters are later fortified when they all witness Pennywise reach out from a photograph (threatening to kill them) in an album owned by Mike.

Are you looking forward to the IT Movie remake? Be sure to tell us your thoughts in the comment section!