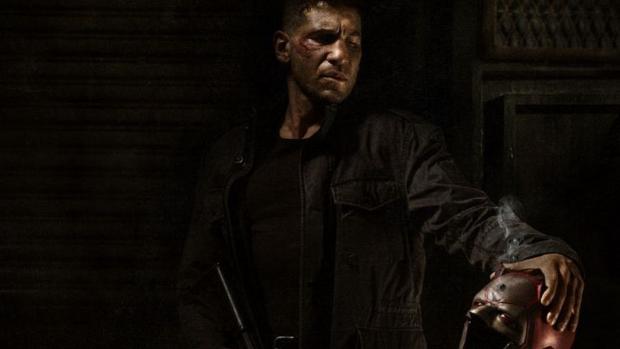 The tremendous impact of Jon Bernthal (The Walking Dead, Mob City) and his performance as Frank Castle in the recent season of Daredevil has received much acclaim from fans and critics alike. Merely a month after the release, a spin-off series based off Punisher  has been announced to bring Bernthal back and Steve Lightfoot (Hannibal, Casualty) as the showrunner.

Surprising enough however, is that Daredevil barely scratched the surface of the skull-wearing vigilante to be. Bernthal spoke to ADTV how that wasn’t fully Punisher yet.

I think when you’re talking about characters like these, the way they fight, what’s motivating the fight is very important. Beating someone up to drag them into jail is different than someone who is exercising his rage on people. The Frank Castle you find in this story is not The Punisher.  He’s reeling from the loss of his family. He’s driven by rage and is on a singular mission to find these people who took his family from him, and do it as brutally as possible.”

In contrast, there appears to be a greater deal of development with this new series for Frank Castle’s transformation as The Punisher. Bernthal continued to speak about the production of the new show:

This team that’s been assembled, they’re unbelievably ambitious. The fighting in this show everybody working together. I also believe the way in which he fights tells you volumes about the character. There’s a story with each and every punch, and they allow us to approach it like that. These guys are good enough to choreograph in that way.”

Any details he could share on the series itself?

“I have no idea. We are going to do a show with him next year. I’m really excited about that. We’ll have to see.”

Heard it here, folks. The new Punisher series is slated to be available next year on Netflix. You can view our Worst to Best list of the Live-Action Punisher Actors here.