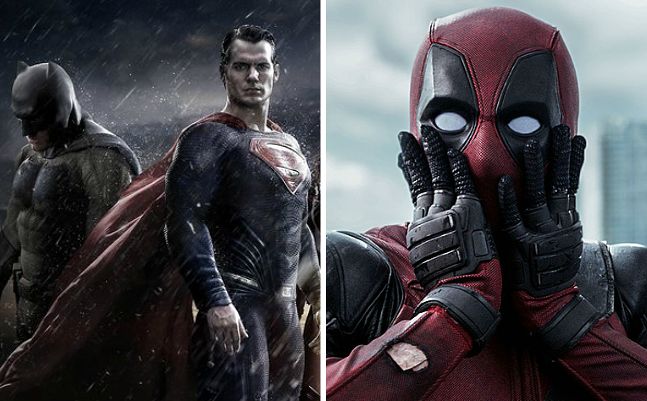 Due to Batman v. Superman: Dawn of Justice’s Ultimate Edition being released this week, Marvel decided to have a little playful fun by spoofing the film in their new comic issue Spider-Man/Deadpool #6. This one-shot issue is written by Scott Aukerman with art by Reilly Brown. It functions as a parody of modern superhero films.

It opens with a new villain, Salmon Stuntman, informing Deadpool that a Hollywood studio is making a movie based on his life. Deadpool, enlisting Spider-Man’s help because he assumes the webslinger is already a Hollywood sell-out, makes his way to the production with a series of references and jokes along the way.

Below is a panel which reveals Spidey talking about how superhero films are too gloomy nowadays, with too many superheroes fighting one another, and Deadpool stands up for his new R-Rated film adaptation. 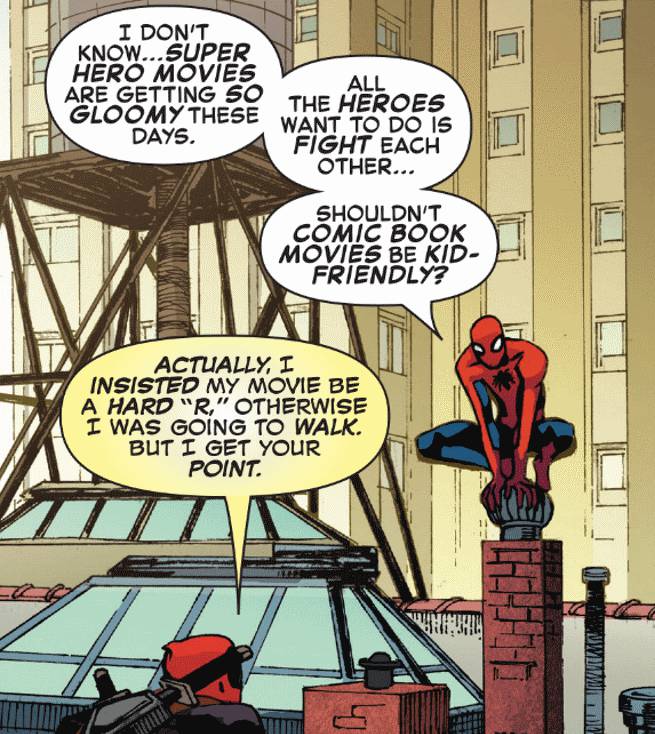 There’s also a panel which jokes about the X-Men rights forcing their films to be separate from Marvel’s, and the team-up between Deadpool and Collossus being the product of a producer’s imagination. 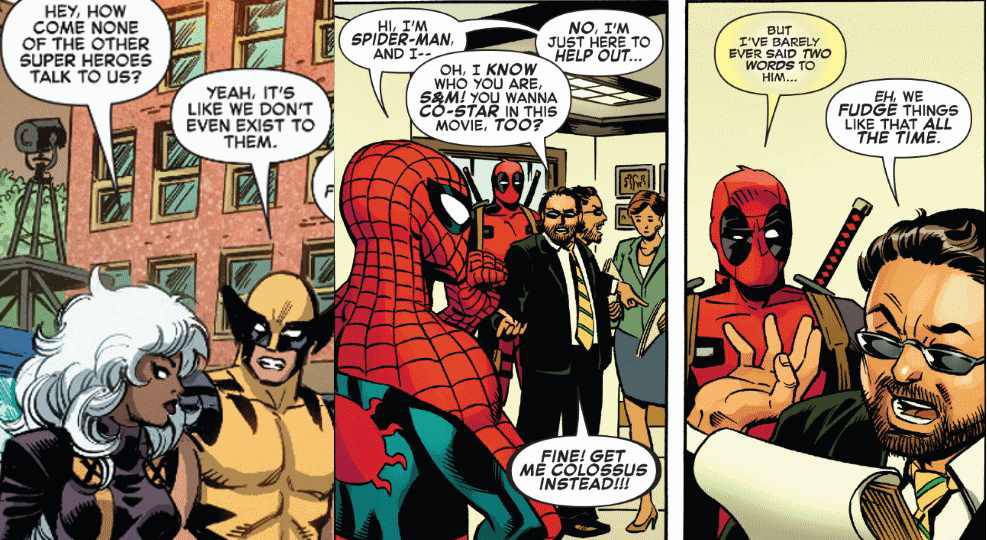 Eventually Deadpool and Spider-Man attempt to stop Salmon Stuntman’s plan to replace all practical effects with digital ones, and wind up passing through sets for things like The Walking Dead and Jurassic World. When they finally meet this new villain, he’s revealed to be an actor named “Donald Dryans” who’s supposed to play Deadpool in the upcoming adaptation, and became a villain so that the real Deadpool couldn’t ruin his “serious” movie with his usual fourth-wall shenanigans. Which, as it sounds, already happened for this issue. 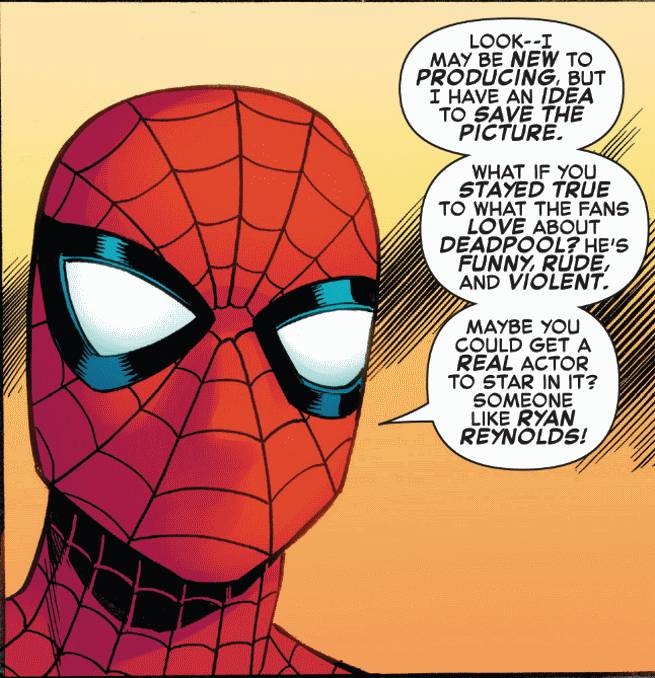 Dryans eventually gets arrested and Spider-Man offers up a replacement actor for the new Deadpool movie that would be true to the character and the source material. Can you guess who? 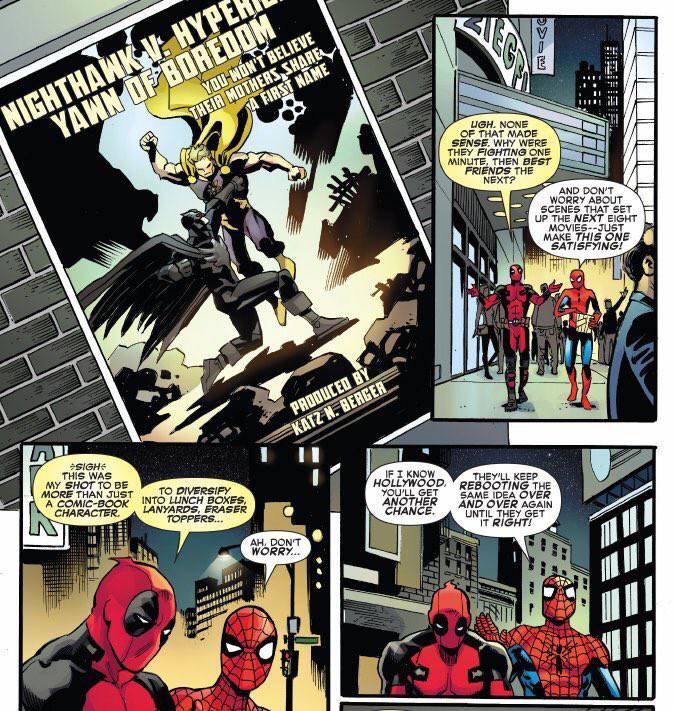 Eventually his idea is rejected by the studio once they decide to make “Nighthawk v Hyperion: Yawn of Boredom” instead. Obviously Batman and Superman stand-ins, Deadpool relays his disappointment with not getting a movie, and Spider-Man tells him it’s okay because Hollywood has a habit of rebooting things over and over again.

HAWKEYE Almost Had A Much Different Look For CIVIL WAR – Including A Mask
J.K. Simmons Explains Why He’s So Ripped Before Playing Commissioner Gordon
Advertisement
Advertisement
To Top