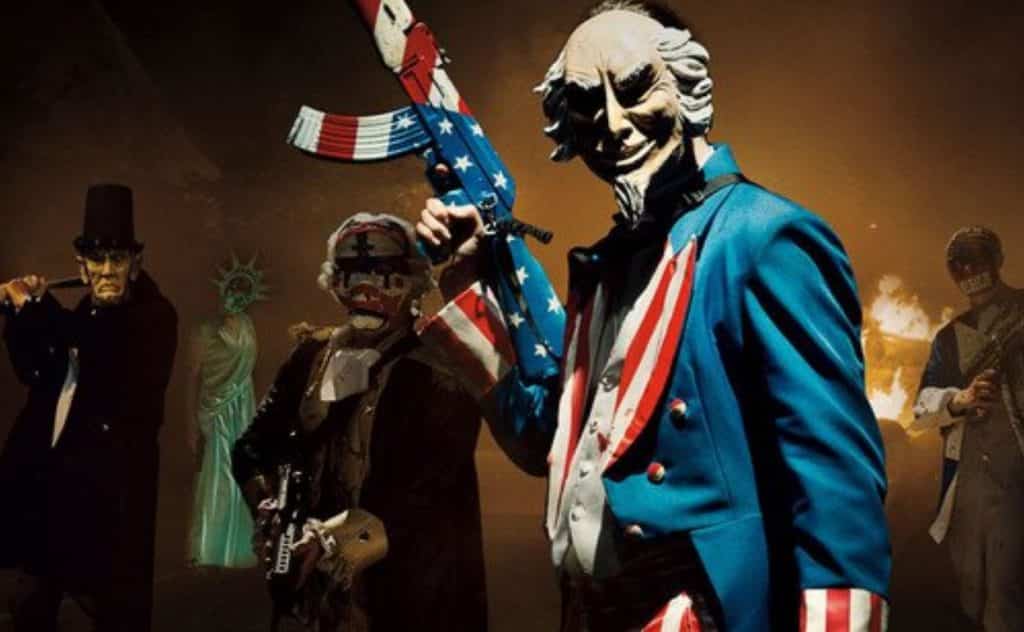 So. What perfect timing for 2016… Officials are losing their minds, the streets are littered with bullets and bodies of the mis-fortunate and the common man/woman are losing their rights like it’s going on sale. But let’s talk about The Purge: Election Year instead and see if we have a good film on our hands or just another “meh” fest in a 105 minute movie.

Director James DeMonaco thought it would be a good idea to have a third go at The Purge franchise that he’s built. If you’ve seen the trailers and have seen The Purge: Anarchy, then you know the story. Leo Barnes (Grillo), is back but this time he’s given the task of protecting Senator Charlie Roan (Mitchell), plot A. In Plot B, we have Joe Dixon (Williamson) the deli owner, Macros (Soria) the employee and Laney Rucker (Gabriel) the bad ass girl close to Dixon.

Eventually, Plot A meets Plot B. By the time these people are introduced or reintroduced, boredom has already set. Everyone’s storyline comes in forced and uneven. At many times there were dramatic beats that just fell flat and fell even harder when certain music cues were queued to ramp up the drama. Even Plot B has its own antagonist that has a point for a second but goes to waste the next second. Both plot villains go to a sadistically comical realm but without any of the fun. DeMonaco even takes it upon himself to hammer in the idea of America’s love for guns and violence. We get the message, now move the f*ck on.

The action is alright. There’s a fight scene between Grillo and the head of a militia group that gets kind of cool but that’s about it. Yep. The A/C in the theater was nice.

The acting isn’t anything to really mention or to be wowed about. Grillo does bring the level of bad ass that he’s slowly being know for with each film he’s in and Gabriel’s role as the “woman with a shady past” is a nice touch that drew me more to the character that would warrant her return if the studios decide to go with another Purge installment.