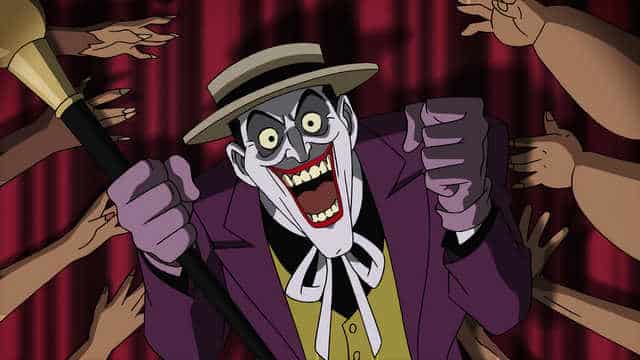 Batman: The Killing Joke is one of the most anticipated animated movies for the Batman franchise, given that it’s based on one of the most popular and successful Batman storylines of all time.

It also marks the return of Kevin Conroy as Batman and Mark Hamill as the Joker, two voice actors who’ve become synonymous with the characters in their animated forms.

Mark Hamill had previously said this about the film’s script:

“Even that surprised me, how edgy the Batgirl material was. It really isn’t for kids. I hope people understand when they say it’s R-rated, they mean it.”

Meanwhile, these were Conroy’s thoughts on the script and how he liked the darker themes and conflicts this time:

“The struggle of Batman with evil and with wanting to reconcile himself to evil, to subdue evil and actually save the Joker. That’s the wonderful thing about this script.”

Here’s the new clip from the movie which gives a nice little taste of what to expect:

The film’s synopsis: What does it take for a person to snap? How much despair for a mind to fracture? These are the twisted questions that The Joker has set out to answer, to show Gotham that even an ordinary man like Commissioner Gordon is only one bad day away from sheer insanity. Based on the acclaimed DC Comics graphic novel, witness a journey into the dark psyche of the Clown Prince of Crime. Follow his humble beginnings as a struggling comic to his fateful encounter with the Dark Knight that changed everything. Fueled by the return of Kevin Conroy as Batman and Mark Hamill as The Joker, witness the birth of a super villain, the fortitude of a hero and the punch line that will leave you speechless.

Continue Reading
You may also like...
Related Topics:Batman, DC Comics