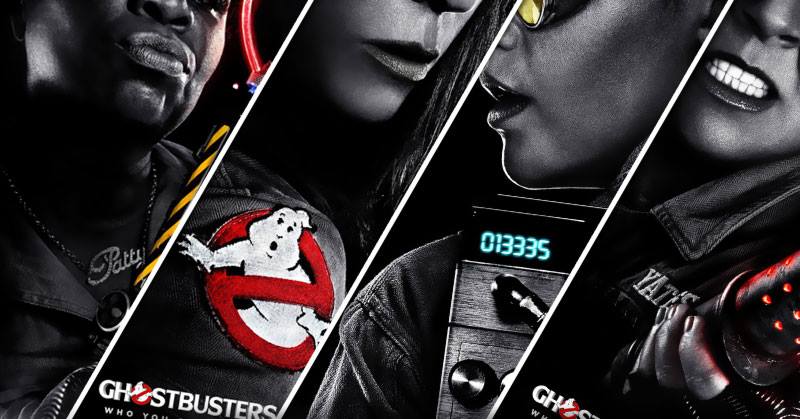 So the new female led Ghostbusters film is upon us. The movie has a lot to live up to since so many people have been vocal on how much the original met to them. But before we get the review started, let’s go over a few things. This is a remake – not a reboot. It’s taking some of DNA of the original and adding a bigger budget and much more special effects.

Why was this movie made?

Because it’s fucking Hollywood. Hollywood is in the business of taking whatever familiar property and trying to make a buck. In the world of comic book films, remakes, reboots, long awaited sequels this should be no different. Sure, some classics shouldn’t be touched, but if an idea for a new variation on one of those classics can be given shot, you bet your ass Hollywood is going to take it.

Don’t get me wrong, I love the original. Shit, I even enjoyed the second one, despite it basically being the first one all over again.  But my love for the Ghostbusters franchise isn’t going to stop me from filling my curiosity of this version. With that out of the way, let’s get the review started. The plot for the film is new but isn’t anything grand and helps fill in the almost two hour comedy enough to keep you entertained. Within the first 15 minutes of the movie, you’re introduced to the core three of the group. Later on, the rest of the cast is brought in and the plot slowly moves forward. I say slowly because most of the film is the team taking out a few ghosts here and there, catching on to the villain’s scheme, and trying out the equipment and their upgrades.

Speaking of the mustache twirling villain, he’s as forgettable as…what was I talking about?

About the last thirty minutes is when the movie really picks up. The ending is a grand  CGI spectacle of the Ghostbusters taking on a horde of ghosts in a way that makes you feel like you’re in the middle of a theme park attraction with subpar effects. It’s kind of cool but it’s all just for show.

Now let’s talk about what everyone has been bitching and moaning before the film was even released, the cast and comedy. The comedy is nowhere near to the original. Now before you yell, “I knew it”. Remember this is a film for the now. The original had that satirical and almost subtle comedy that fitted time. This one is more slap stick without it being too ridiculous with some awkward jokes. Not all of it is good though.

Some of the comedy falls flat and there was a running gag about Chinese food that was dead on arrival. The jokes fit to each cast members style of comedy. McCarthy is physical, McKinnon is weird, Jones is loud and Wiig is stiff but works for her character. Surprisingly, Hemsworth really plays up the ditsy secretary role and is actually pretty funny. McCarthy and Wiig had that chemistry that worked so well in Bridesmaids. Their characters come off as having been friends for years and you get the vibe between the two’s interaction. McKinnon stands out the most out of the group but I don’t know if that’s because she was being the weird one or trying too hard to be weird. It would work in some scene but other times it came off as if she was doing it just for the sake of it. Leslie Jones is alright but is kind of wasted.

They really tried to sell the idea of her character being a crucial part of the team that easily could’ve been fixed if they made her something other than a MTA worker that has a lot of historical information on the city. She could still be the “everyday” woman, but they could’ve put more brains into her jokes and character.

If you want cameos, this film has them. They got your Murray, Aykroyd, Weaver, a nice tribute to Ramis, Potts, hell even Slimer and the Stay Puft Marshmallow Man make an appearance. You’ll notice Moranis isn’t on that list, yup, he’s still retired. But not only that, you get a few SNL Alumni’s as well in this film.

Should you see this movie? Yes, form your own opinion by actually seeing the movie and know what to complain about other than saying stupid shit like, my childhood is being ruined or you feel your masculinity is being challenged because they decided to change the gender of the lead characters. If you do decide to give it a try, stay until after the credits. It might peak your interest into a sequel if the studios decide to go that route.