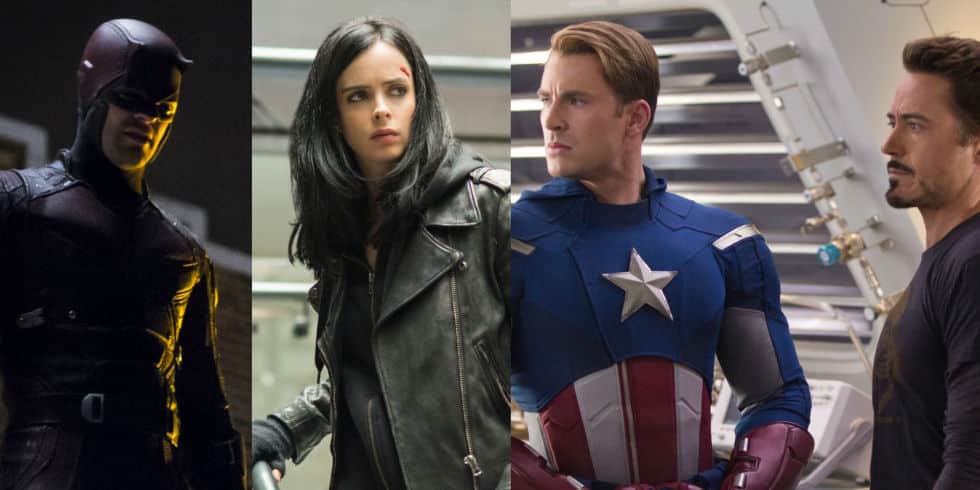 Unlike The Avengers, which saw the titular superheroes come together to fight an apocalyptic alien threat, fans should expect a different approach to the upcoming Netflix series The Defenders.

The Defenders will feature Daredevil, Jessica Jones, Luke Cage, and Iron Fist uniting together. And when Marvel Studios’ Head of Television Jeph Loeb was asked how this union could come together, he told Cinema Blend:

“The question that we want people to ask is, ‘What happens when these people meet each other?’ Because they each look at the world in a very different way. So when that happens, that’s ultimately what Defenders is all about. It’s not about ‘Who is the bad guy?’ or ‘What’s at stake?’ or any of those things. We’re still working in a very real, grounded world. The sky is not going to open up, and aliens aren’t going to come flying out of it. That’s The Avengers job! That’s what their supposed to do.”

Loeb also explained some of the differences between the Avengers and Defenders:

“The street level heroes always come from a very real place. If The Avengers are here to protect the universe — and nobody loves those movies more than I do — that’s an epic, action-adventure story that has great humor and great pathos. What we’re trying to do is tell stories about men and women who are here to save, in some cases, the neighborhood, and in some cases themselves. And if that’s the case, and you’re involved, and you’ll stick around for 13 hours, that’s an enormous commitment that we want!”

Luke Cage premieres this fall, with Iron Fist coming next year, so the exact release date for The Defenders should be sometime after along with Season 3 of Daredevil, Season 2 of Jessica Jones, and the premiere of the newly-announced Punisher series.