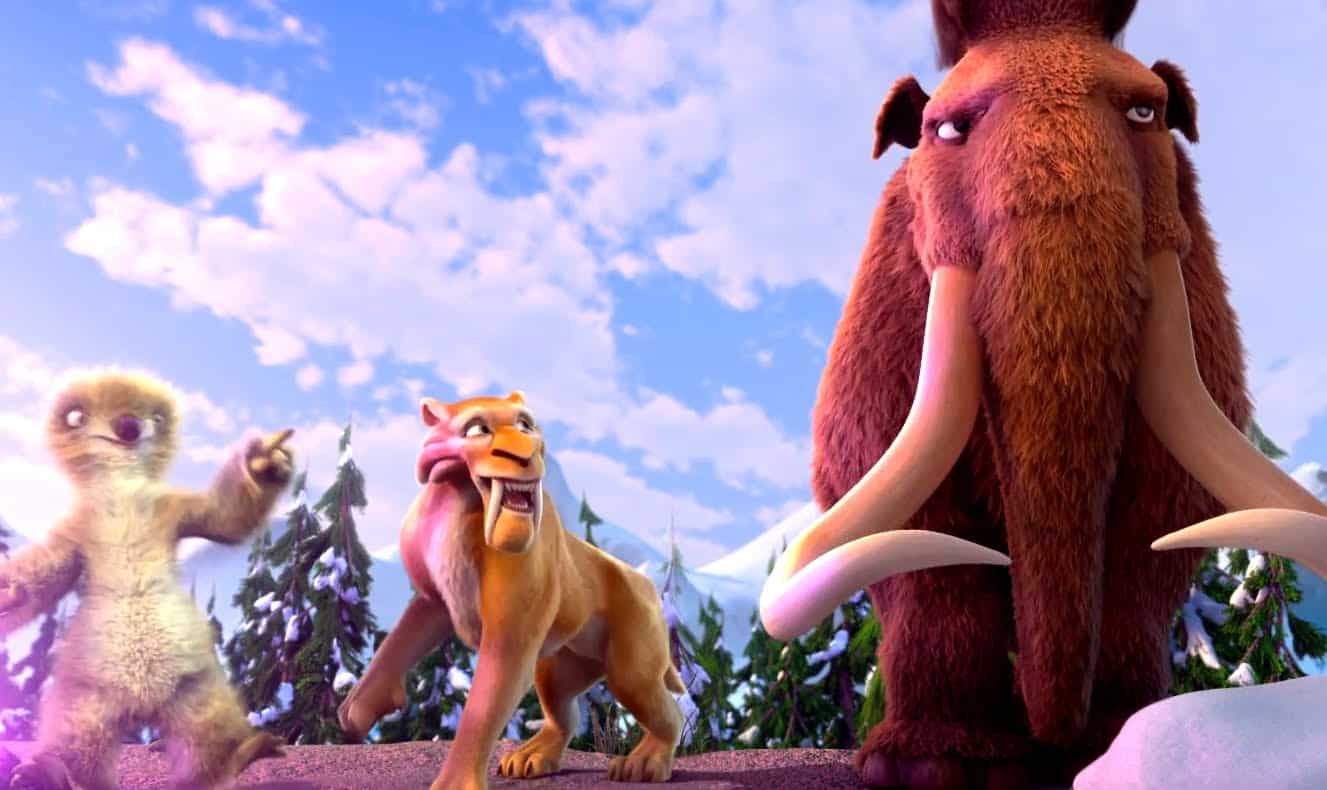 The fifth installment of the far too long running Ice Age series (which at age fourteen is now older than its entire fan base) is so consistently obnoxious that it makes the three grating sequels before it seem pleasant in comparison along with things like  fingernails on a chalkboard, car alarms, and Hillary Clinton’s voice. It’s not enough to say that I was indifferent toward the plight of the characters (an asteroid is coming toward Earth and Bruce Willis is nowhere to be found). I was actively hoping for their demise so that I could spend the remaining minutes of the film sitting in wonderful, wonderful silence.

Remember when this series was about three mismatched prehistoric animals who were trying to get a baby back to his dad? 2002 was such a simpler time. Now we have ourselves an end-of-the-world disaster movie plot mixed in with some sitcom-like dysfunctional family interactions brought to us by way, way too many characters. The appealing Manny/Sid/Diego dynamic of the original is gone as their screen time has been slashed in favor of characters either not interesting (the Queen Latifah mammoth, the daughter mammoth, the Diego love interest), horribly annoying (Wanda Sykes’ Granny, Buck, the Adam Devine mammoth), or the spawn of Satan (Crash and Eddie).

The word that keeps coming to my mind is… loud. Sure, the original had its more over the top slapstick action scenes and wacky characters, but it struck a much better balance between that and dryer, more sarcastic comedy plus some nice moments of character development.

The loudness and slapstick is almost nonstop here and only occasionally takes a break for some boneheaded family drama regarding Manny’s dislike of his daughter’s fiancee (because that’s what kids want to see). None of it works. I think that I laughed once at a funny throwaway line and that’s more than any of the kids at my screening laughed. They were so disinterested that they talked most of the time.

If this series is to continue, it needs to go back to basics. Frankly there is just too much going on. Purge a few (dozen) characters in whatever natural disaster they haven’t covered yet, shake off all the useless plot lines, and turn to volume down about 90%. Or just make the whole thing about Scrat. He’s fun.