Batman and Batgirl Have A Sexual Relationship In BATMAN: THE KILLING JOKE 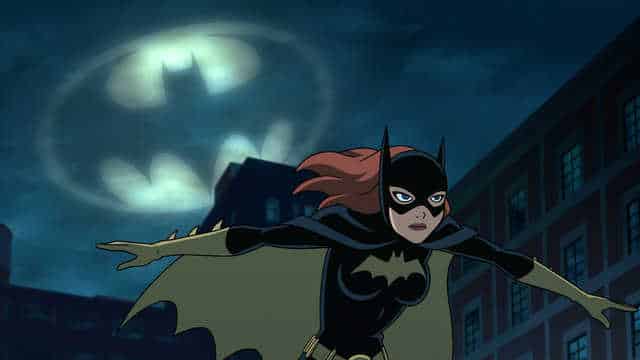 Seeing Batman ‘Do the horizontal Bat-Dance’ with one of his supporting characters is usually reserved for an Axel Braun parody or the deepest darkest corners of Deviantart, but now such a controversial matter has finally made the leap to an official piece of media in the form of the upcoming animated movie Batman: The Killing Joke.

The latest film in the DC Animated Universe of films made it’s premiere at the San Diego Comic Con last night and one of the scenes definitely had a lot of people talking. The scene in question is part of the newly created Batgirl story which have been added in attempt to beef up the minor, yet pivotal role she had in original comic. The scene, which takes place before her run-in with The Joker, see’s Batman and Batgirl strip out of their costumes and get-it-on on a rooftop.

The main issue people seem to have is that it seems to go against the whole idea that Batman and his cohorts, have a family set up with The Dark Knight usually taking on the Father figure role. Others have criticized it as making her story all about the men in her life as opposed to being her own character. Of  course this of you who know what happens to the character in the comic, this would surely lead Batman to be even more determined to find The Joker than the original graphic novel.

Batman: The Killing Joke is set for a limited theatrical release on Monday 25th July before being released digitally on the 26th July and physically on August 2nd.

What do you think? Are you offended by this scene? Do you think it adds to the story? Let us know below!