First Look At The New Pinhead From HELLRAISER: JUDGMENT

Thanks to Bloody-Disgusting, we have our first clear look at the main villains for the upcoming Hellraiser: Judgment.

The picture reveals the iconic Pinhead, this time played by Paul T. Taylor, and a new character named The Auditor. 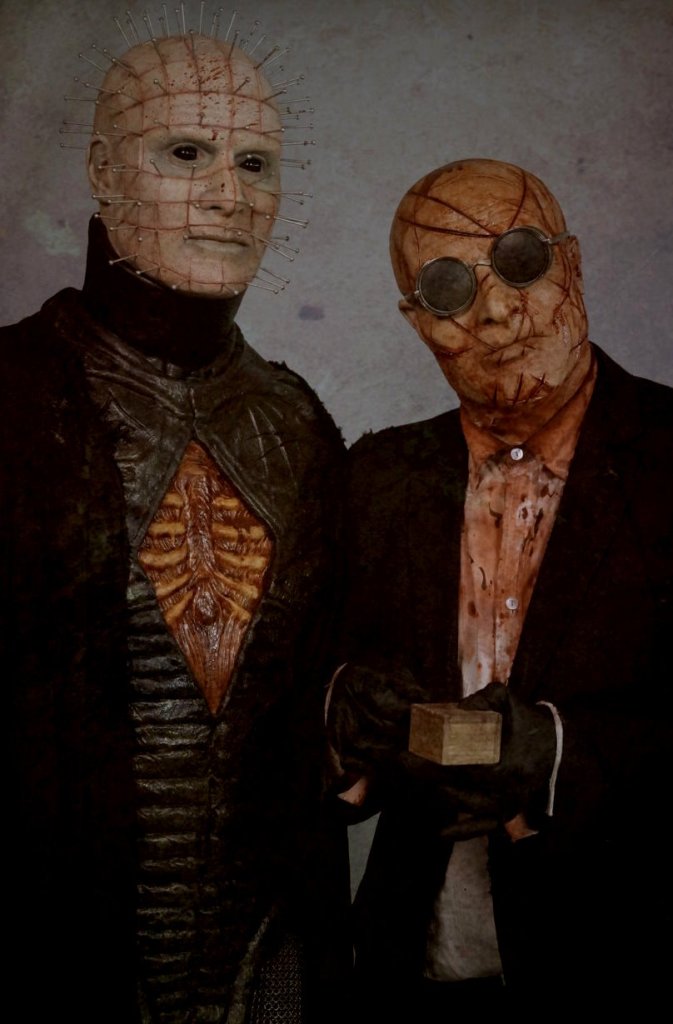 All we know about this new character comes from a casting call, where he’s described as “all business, very matter-of-fact. Clearly not of this earth. He learns of your sins, your transgressions, your evils, and takes careful note of them before passing them on to the Assessor for judgment. Think of him more as an accountant from Hell…”

Directed by Gary Tunnicliffe, the plot for the film is below:

“Detectives Sean and David Carter are on the case to find a gruesome serial killer terrorizing the city. Joining forces with Detective Christine Egerton, they dig deeper into a spiraling maze of horror that may not be of this world. Could the Judgment awaiting the killer’s victims also be waiting for Sean?”