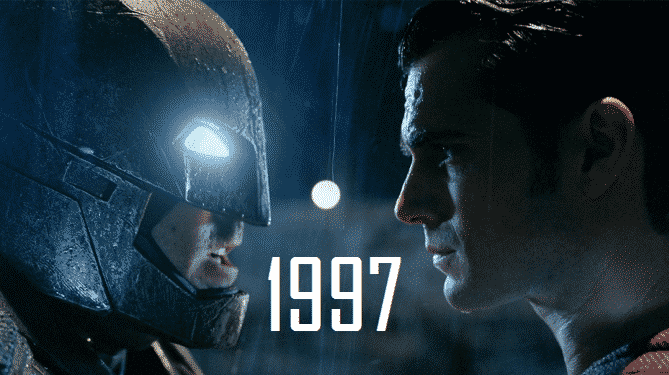 When most hear 1997 and the word Batman, they probably immediately think of this: So for this – let’s put aside Bat Nipples and Arnie’s awful acting for a moment.

The year is 1997. James Cameron’s Titanic is not released and instead will be replaced by Batman v Superman: Dawn of Justice. What does this mean? Well, it means that this is the film where Celine Dion’s My Heart Will Go On is destined to become number 1 around the world.

And with it now being known as the Batman v Superman: Dawn of Justice theme instead of Titanic’s, you can check it out in a video below.

Oddly fitting, don’t you think? Surely, it couldn’t have been worse than Batman and Robin. Then again – what could?

What are your thoughts on this? Sound off in the comment section!