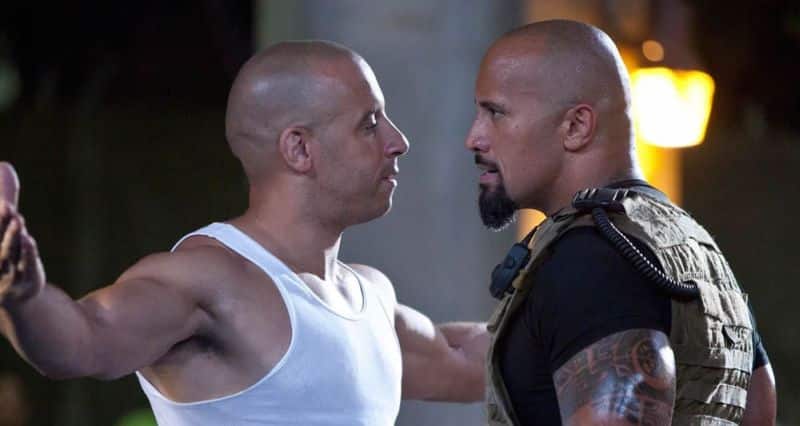 Dwayne “The Rock” Johnson took to Facebook yesterday talking about his experience in the latest film of the Fast and Furious franchise, Fast 8. He praised the crew, female cast, and even the company itself. However, it took to another side when he brought up certain someone (or someones), even calling them the trademark “Candy asses”:

My male co-stars however are a different story. Some conduct themselves as stand up men and true professionals, while others don’t. The ones that don’t are too chicken shit to do anything about it anyway. Candy asses. When you watch this movie next April and it seems like I’m not acting in some of these scenes and my blood is legit boiling – you’re right.”

It was recently reported by TMZ that one of the key figures of Johnson’s rant was targeted at the main man himself, Vin Diesel. Apparently some issues addressed would be his heavy role as a story contributor and producer that just “didn’t sit well” with Johnson.

It seems the vagueness of the previous message hasn’t sat down well with some of the other male stars either, as some of them have been questioned and harassed of whether it was involving them too. Those include Jason Statham, Kurt Russell, Tyrese, Ludacris, and Scott Eastwood.

Fast 8 will be concluding filming in 10 days. Whether the drama will impact any further conflict during filming has yet to be seen.

What do you think of this? Be sure to tell us all of your thoughts in the comments!