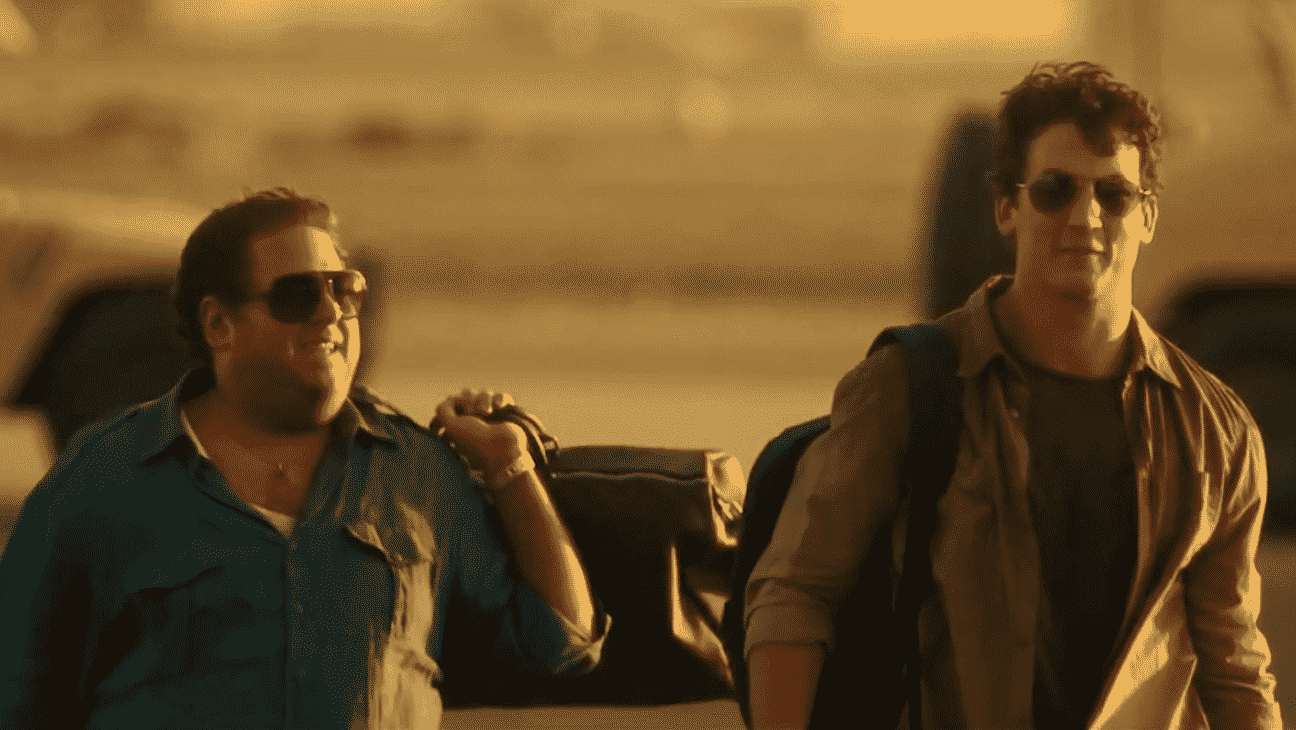 This comedy/drama follows David Packouz (Teller) and Efraim Diveroli (Hill) as young arms dealers in the Bush/Cheney era that start to make a name for themselves. Later on, they come across a huge contract with the US government that will without doubt change their lives forever, whether it be for the better or for the worse. The story is somewhat simple, but not too simple. We get an idea of the world these characters do business in, but in a playful way that holds your hand and doesn’t treat you like an idiot.

The progression of the film is on an even and steady pace with moments of pure comedy that hits its mark most of the time. Phillips has been known to take his comedy in the gross and uncomfortably funny realm, but in here we don’t get that which is a good thing for this type of story. By the end of Act Two, the film really starts to build up to a conclusion that has you asking whether or not the two leads will get out of this business alive. And yet, it kind of drops the ball at the end by leaving it ambiguous and was in no way called for.

The acting isn’t top notch, but serviceable. The chemistry between Miles Teller and Jonah Hill is what really sells the film. Teller plays the straight man with a lot to lose and fits into the character pretty well, while Jonah Hill is the funny man.

We are meant to care for Teller’s character, but the writing never sticks the landing for him. Hill is absolutely hilarious. His character has a more “don’t give a fuck” attitude that fits perfectly in this cut throat world. Bradley Cooper does a nice touch as a legendary gun runner that Hill’s character idolizes, but when it comes time for Cooper to bring out the “threatening” factor that the role calls for, I just couldn’t take him serious enough to feel the danger his character is supposed to bring.

Phillip’s direction is good, but nothing special. He doesn’t try any crazy camera tricks or anything to make the shot memorable, but allows the actors and the story to grow organically. An honorable mention of Phillip’s direction is at the beginning when film starts off as one of the characters blindfolded, tied up, and in the trunk of a car. Phillips was really able to convey the character’s thoughts and feelings pretty well which is a great way to introduce the audience to this world.

The film isn’t spectacular and doesn’t really push the cast or crew to new heights in their career. We got a sense of this type of world in 2005’s Lord of War but in here, it’s done just a little bit better. It is, however, a really enjoyable and entertaining comedy that should been seen if you’re a fan of Phillip’s work. If you’re not, no need to rush. It’ll be a good buy once it gets a home release.